RAF Downham Market was one of a small number of airfields that were home to the RAF’s Pathfinder Squadrons. Elite airmen who would lead formations of heavy bombers into some of the most heavily defended areas of the Reich, often against insurmountable odds and always at great risk to themselves. The Pathfinders produced some remarkable flyers and many, many heroes. Of all the crews who flew with 8 Group PFF, only three were rewarded for their valour and gallantry with the highest possible accolade, the Victoria Cross. One of those went Posthumously to Sqn. Ldr. I. W. Bazalgette, whose long and distinguished career led him to achieving 58 missions before his death. Based at RAF Downham Market, Bazalgette, would become legendary, flying his Lancaster bomber in pursuit of victory against a tyranny beyond all evil.

Squadron Leader Ian Willoughby “Baz” Bazalgette was born on October 19th 1918 in Calgary, Canada and was the youngest of three children. His parents decided to move to England in 1924 when he was six, settling in New Malden, Surrey on the outskirts of London.

During his school life he developed a passion for music, and in particular Classical Music, which he immersed himself in spending hours listening to and writing about.

Prior to the outbreak of war, Bazalgette decided to enlist, applying to, and being accepted by, the Royal Artillery; achieving a commission as Second Lieutenant within a year. This new role took him to the outskirts of Edinburgh operating a radar searchlight, protecting both the city, and the Forth Estuary from Luftwaffe bombers. Dissatisfied with the routine of searchlight activities, he decided to give up this role, and whilst on a trip into nearby Edinburgh in March 1941, he applied to the Royal Air Force Volunteer Reserves. His application was accepted and in the following July, he received his first posting to a training unit – 22 Elementary Flying Training School at Cambridge.

Throughout his training Bazalgette showed great tenacity and promise, quickly passing  a number of stringent and difficult flying tests. Flying solo for the first time during August, gave him the opportunity he had been longing for. His flying skills impressed his seniors so much that on the 28th, he passed the C.O.s test taking just 30 minutes to complete the flight. Upon passing, he was graded as an ‘above average’ pilot by his examiners.

Bazalgette was then transferred to Cranwell where he trained on Airspeed Oxfords. At Cranwell he achieved his wings, and after a short break, he was sent to Scampton and 18 Beam Approach School. Bazalgette eventually left Scampton, heading towards his first operational unit, 25 Operational Training Unit, where he would form his first crew.

Informal crewing up was very much encouraged by the RAF, but those that didn’t manage the task were allocated crew members by the relevant staff at the various bases; Bazalgette had no problems in finding his own.

Whilst at the OTU, Bazalgette would have his first experience of heavy bombers flying the Vickers Wellington; a remarkable aircraft that used Barnes Wallis’ geodesic construction in Rex Pierson’s design.  Bazalgette and his crew competed a range of training flights whilst at 25 OTU, including air gunnery and bombing practice, all of which they passed. On September 18th 1942, after accumulating some 223 hours as a pilot, Bazalgette received his first posting to a fully operational Squadron, 115 Squadron at RAF Marham, Norfolk, he was off to war.

The very next day he flew “Second Dickie” assisting an experienced crew tackling the rigours of an operational sortie to Saarbrucken. Two days later he was back out, but this time laying mines on a ‘Gardening’ mission shortly before the squadron moved to nearby RAF Mildenhall in Suffolk. It was here that Bazalgette would fly his first operational mission as a pilot leading his own crew.

After moving to East Wretham, 115 squadron then began the task of replacing their Wellingtons with Stirlings, and Bazalgette was sent to 1567 Operational Conversion Unit (OCU) to convert to the big heavy four-engined aircraft. Between him completing the course and returning to East Wretham though the Stirling had been superseded, proving to be a poor performer in conflict zones. Bazalgette would now get his chance to fly the legendary Lancaster.

On the 3rd April 1943, Bazalgette was awarded the DFC, and the same strength and determination that had got him though tuberculosis would get him through his tour of 30 missions. On completion, as was customary at this point, he and his crew were separated and scattered across a range of new squadrons within the Air Force.

Bazalgette was sent back to Scotland and RAF Lossiemouth where he reluctantly trained new bomber pilots, a position he disliked immensely. He pleaded for postings to an operational unit, a plea that was eventually granted in April 1944, and a posting to RAF Warboys and the Pathfinder Conversion Unit.

From here he transferred with a new crew to 635 Squadron at RAF Downham Market, in Norfolk, a few miles west of Marham the very station he had spent his early days at with 115 Sqn.

As a model crew, he was looked up to by others at Downham Market. He would go on to fly 58 missions in total, two off his score of two tours of duty.

However, his 58th mission would be his last. On August 4th 1944, Lancaster ‘M’ for Mother would not be listed for duty, but an absent crew left an opening that Bazalgette and his crew jumped at. It was a decision that would change their lives forever.

On that day, Bazalgette would fly Lancaster Mk III, F2-‘T’ for Tommy, not their usual aircraft but it was ready, fuelled and bombed up. The aircraft was known for a history of mechanical problems, its usual pilot tending to work the engines much harder than necessary, but it was a choice of stay on the ground or fly the mission: for Bazalgette and the crew of ‘M’ for Mother it was an easy choice.

The mission for the day was as Master Bomber of the Pathfinder squadron to identify and mark a V1 storage site at Trossy St. Maximin, a heavily defended area to the north of Paris. Take off was set for 11:00, over the next fifteen minutes at five-minute intervals, 14 Lancasters of 635 Sqn would leave Downham Market heading for France. The weather was less than 3/10 cloud over the target, excellent for the determined and accurate anti-aircraft gunners below. On the second run in to the target, the Master Bomber and Deputy Master bomber were both hit, one being downed (PA983 F2-A piloted by F/L. R. W. Beveridge) and the second forced to return home, leaving Bazalgette as the lead aircraft.

Flak was incredibly intense and his aircraft repeatedly hit. The starboard wing was struck causing damage to both engines, subsequently putting them both out of action. In the wing the fuel tanks caught fire, fuel poured into the rear of the fuselage and the situation becomes desperate. The bomb aimer was mortally wounded, his arm barely recognisable due to his injuries, but Bazalgette managed to reach the target, drop both his markers and his bombs, whereupon the aircraft began a steep spin toward the ground below. As the situation worsened, he gave the order to bail out, all but three; Bazalgette, F/Lt. I. A. Hibbert and F/Sgt. V. V. R. Leader are left.

Bazalgette continued to fight with the controls and quite remarkably managed to keep the stricken bomber flying long enough to avoid the French village of Senantes. Unable to maintain height, the aircraft finally hit the ground, resting momentarily before exploding in a massive fireball killing all those remaining on board.

Once the ferocious fire subsided, locals were able to reach the wreck and remove the bodies of both Leeder and Hibbert. Bazalgette’s remains were not found until the air frame was removed, some days later.

For his bravery and sacrifice, Ian Bazalgette was awarded the V.C., the highest honour for military personnel. The London Gazette, of 14th August 1945, published the following:

On 4th August 1944 Squadron Leader Bazalgette was “Master bomber” of a Pathfinder Squadron detailed to mark an important target for the main bomber force. When nearing the target his Lancaster was seriously damaged and set on fire by anti-aircraft fire; the bomb aimer was badly wounded. As the deputy “Master bomber” had already been shot down, the success of the attack depended on Squadron Leader Bazalgette who despite appalling conditions in his burning aircraft pressed on gallantly, bombed, and marked the target accurately. That the attack was successful was due to his magnificent effort. The condition of the aircraft had by now become so bad that Squadron Leader Bazalgette ordered his crew to leave the aircraft by parachute. He attempted the almost hopeless task of landing the crippled and blazing aircraft to save the wounded bomb aimer, and one air-gunner, who had been overcome by fumes. With superb skill and taking great care to avoid a French village, be brought the aircraft safely down. Unfortunately it then exploded and this gallant officer and his two comrades perished. His heroic sacrifice marked the climax of a long career of operations against the enemy. He always chose the more dangerous and exacting roles. His courage and devotion to duty were beyond praise.

Ian Bazalgette’s sacrifice marked the end of a career covering an incredible 58 operational missions. His courage, determination and devotion to duty going way beyond those expected of any serving officer. With him that day on ‘T’ for Tommy were: Sgt. G. R. Turner; F/L. G. Goddard; F/L. I. A. Hibbert DFC; F/O. C. R. Godfrey DFC; F/S. V. V. R. Leeder (RAAF) and F/O. D. Cameron DFM. Of the four men who manged to get out of the aircraft: Turner, Goddard, Godfrey and Cameron, all managed to evade capture*2.

In his honour, Bazalgette has a Garden in New Malden, Surrey named after him, a school in Calgary, the ‘Ian Bazalgette Junior High School’, and at the Bomber Command Museum of Canada, an Avro Lancaster, FM159, was painted in the markings of his aircraft; the Lancaster was dedicated in 1990. At the ceremony, Bazalgette’s sister, Mrs. E. Broderick, unveiled a commemorative plaque whilst the aircraft itself was unveiled by two of Bazalgette’s former crew members, Chuck Godfrey DFC and George Turner, both of whom were with him of that fateful night.

Outside the church of St. Mary’s at Bexwell close to the accommodation sites of Downham airfield, stands a small memorial in his name. Laying beside him is the memorial of another V.C. winner Arthur Aaron, who was also based at RAF Downham Market during the Second World War.

Ian Bazalgette was one of those many young men who sacrificed their lives in the hope of saving others. He dedication to duty, determination to win and above all, his value of other’s led to a tragic and sad end, that shall forever be remembered in the hearts and minds of those who lived through those terrible years 1939-45. 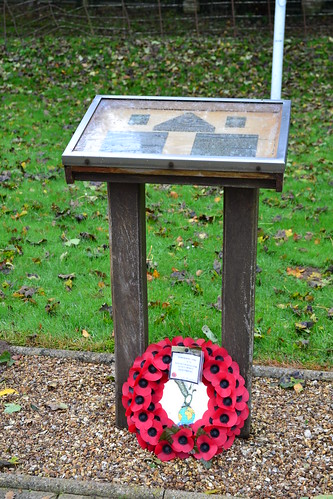 There is a book written listing every operation of 635 Sqn whilst at RAF Downham Market, with crew details, aircraft profiles and mission aerial photographs. It is an amazing record and the result of three years work. The author Christopher Coverdale, is also on the committee aiming to construct the new memorial at RAF Downham Market.

The Bomber Command Museum of Canada website has a detailed account of the restoration of Lancaster FM159.