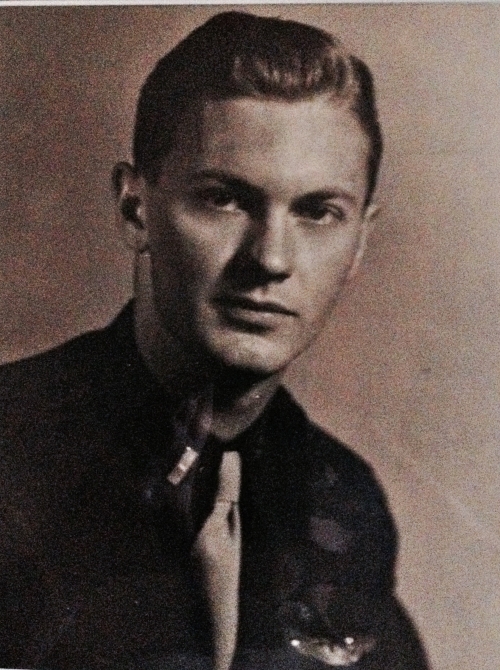 A few years ago a story came to light that not only brought home the brutality of war but also the compassion found in war. It was of two American airmen whose World War II story finally come to a close 70 years after their death.

Mission 652 involved a total of 342 B-17s which were sent to bomb the Merseburg/Leuna oil refinery and any additional targets of opportunity. During the operation, 10 B-17s were lost, 4 were damaged beyond repair and 251 damaged but repairable. Escort for the mission was provided by 212 P-51s of the USAAF.

At 12:10, whilst over the target, the B-17 was hit in the number 2 engine by anti-aircraft flak. As a result, the engine caught fire, the aircraft withdrew from the protection of the formation, joining another formation further back, but began to fall back again when the number 4 engine was also feathered. Harney continued to fly the crippled B-17 for two hours after being hit, before finally deciding enough was enough and he ordered the crew to bail out. Being determined to save his friend and the aircraft, he also decided that he and the injured French, would remain and try to land the aircraft.

Outside of the village of Schwickershausen, to the north of another major target, Schweinfurt, Germany, they attempted a belly landing bringing the aircraft down in a turnip field. The B-17 slid across the ground, ripping off the port wing, causing a tremendous fire. Neither Harney nor French sadly survived the subsequent fireball.

Although he managed to get the crew to leave the aircraft, their safety was not guaranteed and sadly, three were killed by local police in the following days. An event not uncommon in Nazi Germany. Only two of the gunners, Cpl. Melvin F.Cordray, and Cpl. Robert C.Minear, survived as POWs.

What makes this story more significant than usual, is what followed after the crash.

The local people made a wooden cross in remembrance of the crew and they kept it hidden away in the local church for over 70 years.

The cross kept secret for so many years.*2

The large wooden cross, had the words “Hier ruhen in Gott! 2 amer. Flieger,” or “Here rests in God 2 American flyers,” engraved on it, along with details of the aircraft crash. On the 70th anniversary of the crash, 28th September 2014, a memorial service was held in the village of Schwickershausen. Following this, on 5th October, the cross was flown over to England in an American KC-135 Stratotanker from RAF Mildenhall, with two Luftwaffe Tornadoes escorting them over Germany. The cross was donated to the ‘Bloody 100th’ museum at Thorpe Abbots for safe keeping. A certificate was also handed over along with the cross signifying not only the now peaceful and co-operative alliance between the two nations, but the final closing of a chapter of the history of two crew members of the “Bloody Hundredth.”

The cross being transported in the Boom pod of a KC-135 Stratotanker. October 2014.*4

This is a remarkable story, and one that certainly stands out amongst the horrors and heroism of the Second World War.

Lt. Raymond E. Harney’s Gravestone is at Ft. Snelling Cemetery in Minnesota, his remains are in the graveyard at Gemeindefriedhof Schwickershausen. Warren French’s headstone is in the Ardennes, Neuville-en-Cond, in Belgium.

Thorpe Abbotts airfield and museum is featured in Trail 12