RAF Downham Market in Norfolk, was home to 6 squadrons during the Second World War: 214, 218, 571, 608, 623 and 635 along with a number of other non-flying units. It was also home to a number of aircraft types, Short’s enormous Stirling, the famous Lancaster and of course de Havilland’s ‘Wooden Wonder’ the Mosquito of the RAF’s Pathfinder force. 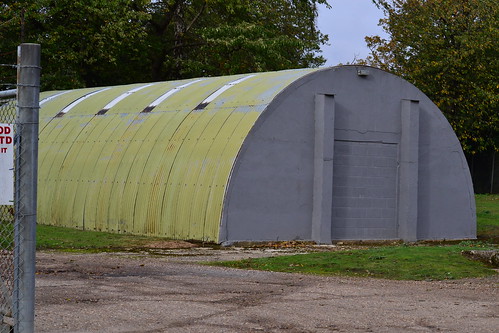 One of the many huts still left on the airfield.

It was also the airfield that launched the last bombing mission by an RAF aircraft, a Mosquito, on May 2nd 1945, to attack retreating German forces at the Kiel canal.

Considering the strong links it has with the RAF and Bomber Command, it has never been given a fitting memorial, but maybe finally, this is about to change.

A proposal has been put forward to erect a grand memorial on a site next to where one of the former accommodation sites once stood. It will honour not only those who flew from Downham Market and never returned, but those who served and were stationed here as well.

It is hoped that the new memorial will consist of seven polished, black granite slabs with each name of the 700 crewmen who lost their lives, carved into it, in the order in which they were lost. It is hoped to raise £250,000 to cover the cost of the structure which will be grand in scale and stand next to the main A10, a road that was made using the runways for its hardcore.

Currently the only reminder of their sacrifice is a small memorial outside of Bexwell church. It is a small memorial telling the stories of the two heroic crew members, Flight Sergeant Arthur Louis Aaron and Squadron Leader Ian Bazalgette, two pilots who both received the Victoria Cross whilst at Downham Market, for extreme bravery in the face of the enemy.

Today whilst none of the runways or perimeter tracks exist, a number of the original buildings are still present, used by small businesses and light industry. Recently however, a  £170m regeneration plan was announced, one that may signify the end of these buildings and Downham Market airfield for good (see here).

RAF Downham Market and especially the many crew members, who came from all across the Commonwealth, deserve great recognition for the work they did. Perhaps this, is finally a sign that it may now happen.

The full story and pictures can be accessed on the Eastern Daily Press website. There are more details and a link to the donations page on the RAF Downham Market website.