In Trail 56, we head north once again, this time across the River Tay into Perthshire,  the gateway to the Highlands.

The grand city of Perth boasts a majestic history, once the capital of Scotland, it is a city with galleries, museums and stunning architecture; described by VisitScotland.com as “a picturesque playground for Kings and Queens“, and rightly so.

The village that gave this airfield its name, has a history going back as far as the Iron age, once the seat of Royals it is mentioned in Shakespeare’s Macbeth, and once housed the famous ‘Stone of Scone’ or ‘Coronation stone’ that has for centuries been used for coronations of the Kings and Queens of Scotland and England. It was stolen by King Edward I of England who took it to London, and was last used in the Coronation of Elizabeth II in 1953. It now resides in Edinburgh Castle on the proviso that it returned to London for Royal Coronations – it must be the most famous 125kg of rock anywhere in the world.

On Trail 56 we pass though the beautiful city of Perth and onto this small but famous village that leads into the countryside beyond. It is here that we find a former RAF airfield that has since become Perth Airport. In the same region as Scone Castle, we visit the former RAF Scone.

Scone (pronounced Scoone) opened in 1936 under the control of 51 Group based in Leeds and was, throughout it military life, an Elementary Flying Training School operating a number of training flights as well as some operational squadron detachments.

A very rudimentary station, it had no more than a watch office, a single Civil 160 x 90 ft hangar; one 120 x 110 ft hangar, and six blister hangars spread about the site. There were no hardstands and runways were initially grass. A hard perimeter track circumnavigated the airfield and although it only had one officially designated ‘runway’,  a grass strip of 1,300 yds in length, other strips were used. 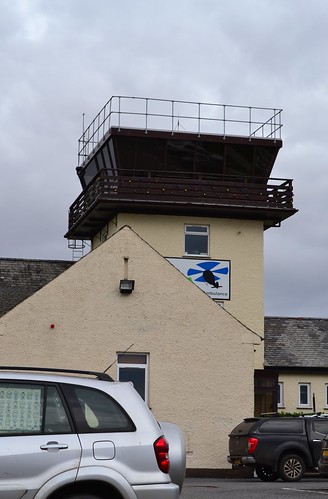 Being a training airfield accommodation was also rudimentary and limited, designed for only 400 permanent personnel, it would cater for both males and females of mixed rank. Even though Scone was small, it was by no means insignificant, boasting the passage of hundreds of pupils passing though its gates on their way to front line flying units.

The initial user of Scone was 11 Elementary and Reserve Flying Training School (E&RFTS) operating Hawker Harts, Audax, Hinds, Battles, Tiger Moths and Ansons at some point. Formed here on the 27th January 1936 it was operated by A.M. Airwork Ltd.

The Airwork company was founded in 1928 and based at the then Heston Aerodrome in Middlesex. For much of this time, Airwork’s chief pilot was Captain Valentine Baker MC, DFC, who later joined forces with Sir James Martin to form the now famous  Martin-Baker company famous for it ejector seats found on numerous fast jests world wide. 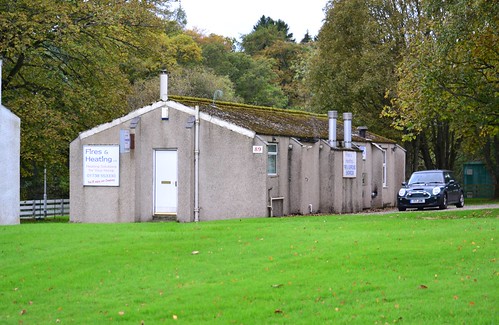 Airwork moved north under contract from the Air Ministry to support training needs for the Royal Air Force, they moved into Scone (and several other airfields such as Renfrew and Abbotsinch) and developed the airfield providing much of the infrastructure themselves. A large company they would also provide maintenance facilities and operations across Britain supporting what would become a thriving civil aviation network.

On September 3rd 1939, with Britain’s declaration of war, the training units operating on behalf of the RAF were reorganised and re-designated, 11 E&RFTS becoming known more simply as 11 Elementary Flying Training School (EFTS). Also at this time  Airwork formed and operated a further training unit here at Scone, 7 Civil Air Navigation School (CANS) flying Dragon Rapides. They too were re-designated though, becoming  7 Air Observers Navigation School (AONS) on 1st November 1939. They would then take on the Avro Anson, training crews in navigation techniques. On June 1st 1940, the AONS was also disbanded, training needs being met elsewhere.

Also during early November 1940, 309 Squadron sent a detachment of Lysander IIIs to Scone. only recently formed, they remained here for about six months. The sole purpose of 309 Sqn was as a Polish Cooperation unit to work in conjunction with the C-in-C of the Polish Army. It was unique in that it was ‘double’ ranked, having both British and Polish officers in charge, the idea being that once the Polish personnel were in place the British would be pulled out and the squadron would operate as an independent Polish unit. A series of training flights were carried out by the Polish pilots, but with lectures being carried out through a translator, it was often difficult task to do. 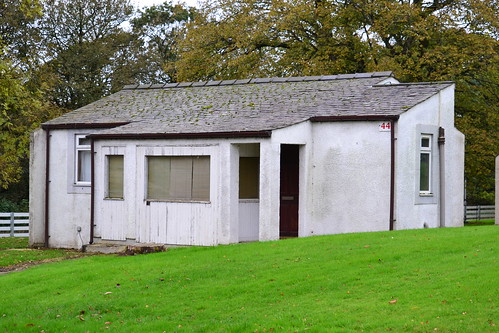 The remainder of 11 EFTS continued on to the war’s end gradually being reduced in size. Post war, in 1947, it was renamed as 11 Reserve Flying School (RFS) still operated by Airwork and still flying the biplane the Tiger Moth along with Airspeed Oxfords, Ansons and Hawk trainers. By 1954, the unit had wound down finally being disbanded that same year. 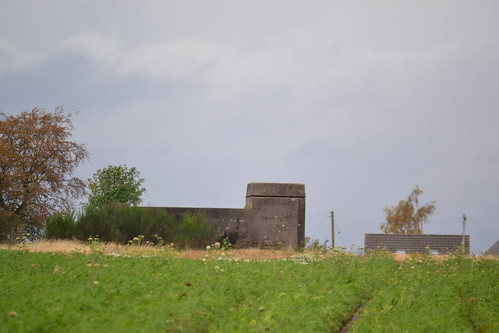 The Battle Headquarters is very much exposed, this would normally be below ground level with only the slits visible.

In 1949, 666 Squadron was reformed at Scone as a Royal Auxiliary Air Force unit comprising: 1966 Air Observation Post Flight (AOP), with 1967 (AOP) Flight at Renfrew and 1968 (AOP) Flight at Abbotsinch. The squadron flew Austers Vs and VIs, in a cooperation role with Army units, and by 1957 all three flights, and thus the squadron, had ceased to exist when a letter, written by the Queen, was handed to more than eighty senior officers of the RAuxAF, officially ending its existence as it was. With that, thirty-two years of history had come to an end, a history that had seen the RAuxAF take part in virtually all of Britain’s major air battles since 1925.

In that same year on March 8th, 1957, another training unit, 1 Civilian Fighter Control Co-operation unit, formed here operating the Avro Anson T21. Little seems to be published about the activities of this unit, but I would assume it was operated by civilians working as part of the Royal Air Force’s training programme. It remained active here at Scone until 31st January 1961 where upon it was disbanded. A year after its disbandment on May 10th, an Anson of the unit ‘VV977’ was sold as scrap at No.27 MU Shawbury.

Later on D.H. Chipmunks of the Glasgow University Air Squadron graced the skies over Scone, the airfield now being known as Perth. A reign that lasted until 1993 when the squadron moved back to Glasgow, and its place of formation in the early days of the Second World War.

Due to high usage, two hard concrete runways were built on the site, whilst the third remained as grass.

With that the RAF’s connections with Perth ceased. The airfield was passed to ACS Aviation, who claim to be the “leading Commercial Flight Training Organisation in Scotland”. Operating a range of services including commercial pilot training and maintenance provisions. Other users of Perth include Scotland’s Charity Air Ambulance (SCAA) flying the EC135-T2 helicopter, a charitable organisation that relies solely on donations to keep it flying.

Today many of the wartime buildings remain, in use, by small industrial units. The Battle Headquarters, can be seen from the road very much exposed, as all but the top slotted observation ‘turret’ would normally be underground. The accommodation and technical areas are located together and many now form part of a small hotel for those visiting the area.

The airfield lies a few miles north of Perth, the main A94 offers access to the airfield and views across some of the site. It sits on a hill and so much of it is hidden from view at ground level. Being an active airfield, access is limited and understandably restricted. However, views of the current residents are available and many of the wartime buildings are accessible operating as retail and industrial units.

Scone for such a small airfield, had a long and fruitful history. Its links to pilot training, especially throughout the war years, no doubt sent many airmen to front line squadrons, many of whom  would go onto serve in some of Britain’s fiercest air battles. A small and rudimentary airfield, it played a huge part in Britain’s wartime and post-war aviation history. 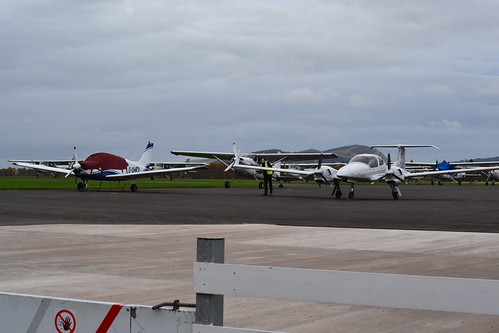 Modern day Scone is home to a large number of small aircraft.