In the heart of Norfolk, lies an airfield that had its origins in the Second World War, but its legacy is more of a Cold War monster that was a key player in what could have been the world’s demise.

In the second part of Trail 21, we return to that relic of the Cold War – RAF Sculthorpe.

Sculthorpe airfield is located a few miles to the north-west of the town of Fakenham in Norfolk, in a parish that has links as far back as the Romans and even pre-historic eras. The airfield itself however, has its origins more recently, in the latter part of the Second World War, but it has a much larger claim to fame one that it still retains to this day. 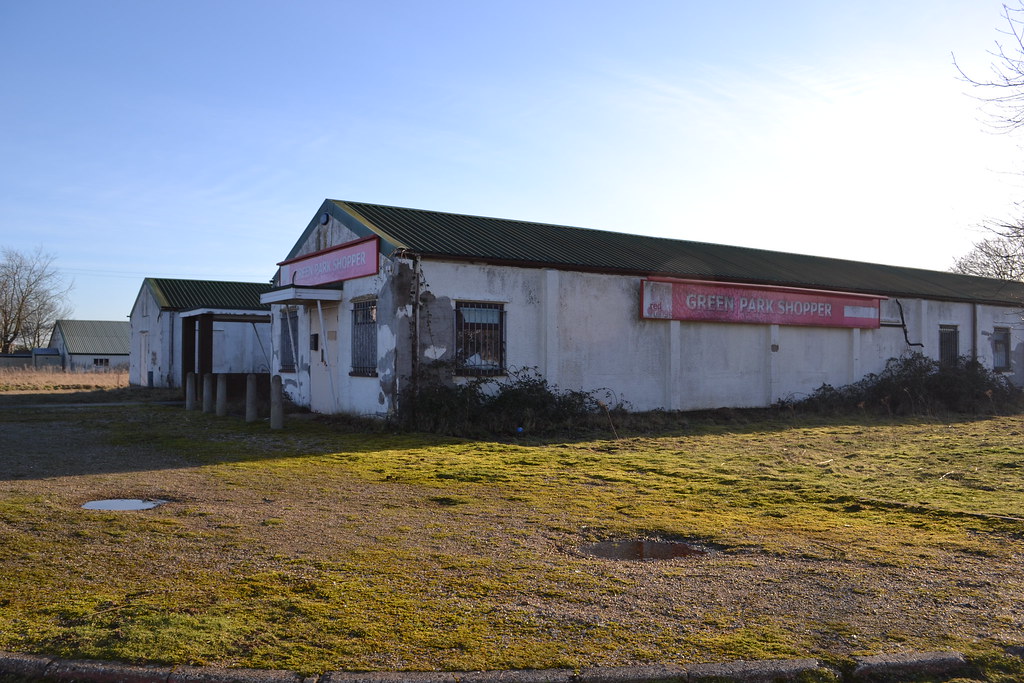 A once busy shop now derelict and forgotten.

Designed initially as a heavy bomber site, and satellite to RAF West Raynham, Sculthorpe had three runways, one of 12,000ft and two of 6,000ft, and all made of concrete. By the end of its life, it had enormous technical and administration sites and was capable of housing up to 10,000 personnel, giving Sculthorpe the ability to boast being one of the biggest airbases in Western Europe, an honour it retains to this day. Built by a collection of major companies including: Bovis Ltd, John Laing & Sons, and Constable Hart & Co. Ltd; it would boast as many as five major hangars, one B1 and four T2s, along with several blister hangars all located around the site.

Although built in the Second World War, Sculthorpe had a limited War life, being opened quite late, in January 1943. Operating under the control of 2 Group, the first users were those of the 11 Heavy Glider Maintenance Section along with 2 Heavy Glider Maintenance Unit, who both moved in as soon as it opened. As non-flying units they prepared, repaired and maintained Horsa gliders, many of which would have been used the following year in the Normandy invasion. These units remained in situ at Sculthorpe for almost a year, departing in mid March 1944.

Following an initial year’s development and growth, Sculthorpe finally opened operationally with Boston IIIAs of 342 (Lorraine) Squadron on May 15th 1943.

342 Sqn had originally been set up as a Free French squadron in September 1941, operating in the Middle East with French crews. Their time there had not been good though, with many losses as a result of flying what were now considered ‘out of date’ aircraft – the Blenheim. It was then decided, after talks between the RAF and General Valin, the Commander of the Free French Air Force, to bring these men back and retrain them on more modern aircraft, and so in September 1942, orders from the UK directed many of these airmen back to the UK. Sadly however, during their return voyage, two of the four ships that were used to transport them, were sunk by German U-boats and many of the  personnel were lost as a result.

Once in the UK, refresher courses were undertaken with 342 Sqn being officially re-formed, on April 1st 1943, using these French personnel at nearby RAF West Raynham . Once formed, training continued, followed not long after by the first loss, when one of the aircraft attempted an emergency landing after running out of fuel. That aside, the Boston IIIa, or A20, they were now using, was considered a much improved model compared to the Blenheim, with both greater power and better armament, it was far more suited to the role it was about to perform.

Following further training, the squadron finally transferred over to Sculthorpe on May 15th 1943, where crews attended lectures on “evasive action and fighter control”. Two further crashes would cost the squadron several more airmen, some of whom were highly experienced and valued members of the unit.  The move of the squadron also signified a change for Sculthorpe itself, as at this time, it ceased to be a satellite of West Raynham – the move to total independence was now a step nearer, albeit temporarily. 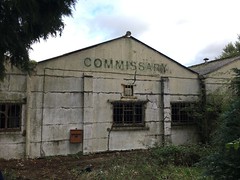 One of many buildings on site today.

As the saying goes, any port in a storm, and Sculthorpe provided that port. On May 19th, an American B-17 was forced to make an emergency landing at the airfield. On board the aircraft were three injured crewmen, the ball turret gunner, and the two waist gunners. The Ball Turret Gunner was given urgent medical assistance, but unfortunately he later died from those injuries, whilst the two waist gunners, both with frost bite to their hands and ears, thankfully survived. A second B-17 landed some time after the landing and collected the crewmen, transferring them back to their own base where they received further medical assistance.

There then came yet another change at Sculthorpe, as the Free French unit was combined with two other squadrons, 88 and 107 to form the new 137 Wing; a Wing made up of both French and British units.  On June 12th 1943, under the new Wing, 342 Sqn’s first operational flight took place, a ‘circus’ raid undertaken in conjunction with 107 Sqn. These types of operations would become the norm for the next month, and whilst there were some losses, they were thankfully light. In mid July, orders came through for the unit to depart Sculthorpe and move to nearby RAF Great Massingham, a move that was well organised and one that went smoothly. By the evening of July 19th all but two aircraft had departed Sculthorpe, and crews were settling in well to their new home.

There was no let up at Sculthorpe though, as over the next two days two more squadrons would move in to the now vacant premises.

Both Squadrons had been flying from  RAF Methwold, an airfield not far from Sculthorpe, as light bomber units with Lockheed’s Venturas. They regularly attacked targets in western Europe, often without fighter escort, which resulted in some heavy losses for the units. It was whilst at Methwold that Sqn. Ldr. Leonard Trent would perform so bravely receiving the Victoria Cross for his actions on May 3rd, 1943, with 487 (RNZAF) Sqn.

The whole process began in mid June with an initial order requiring 464 (RAAF) Sqn, to move to Dunsfold, however, that move never materialised, the order being cancelled on July 4th. This meant that preparations would stop, and the squadron would remain here at Methwold. They then entered a period of training, the weather having curtailed many operational flights for both this unit and others across the UK.

Then on July 10th, the weather broke just enough for an operational flight to be carried out by 464, attacking targets at St. Omer. These were hit with great success; the 487 squadron commander commenting “a wizard piece of bombing”,  but still the squadron awaited, with anticipation, news of its next posting. Then two days later, whilst a contingent of the Australian press where visiting, news came through that the two units were to change its aircraft for Mosquitoes, and that the pilots would be fully trained within 6 weeks. The swap although not what was expected, was generally accepted well by the squadrons, but it brought disappointment for both the wireless operators and air gunners of each unit, who would have no place on board the two-seat ‘Mossie’,  and would have to be transferred out.

Following further training, the long awaited news finally arrived. For 487 Sqn it arrived on July 16th, noted as ‘Panic day’, and on July 17th for 464 Sqn. Both squadrons would now transfer over to Sculthorpe. In preparation, 464 Sqn’s station adjutant visited the new airfield on the 19th to assess its condition, but he was not impressed! He reported that “there was very little of it to work in comfort and everything is drastically dispersed.”*1 His aggrieved feelings about the site were further exasperated by a lack of office space, the only silver lining to the whole move, being that more accommodation was apparently ‘in the pipeline’.

The full history can be seen in Trail 21.