In Part 1 – The Early Years – we saw how Bircham Newton was created and how it was chosen to be the forefront of long rang bombers targeting Berlin. We saw the untimely death of One Captain Cecil Darley and how, as we enter the 1920s, a new build up of the RAF was required following massive cutbacks after the First World War. In Part 2, we progress through the 20s, Bircham develops into a larger station and how one of its pilots won his VC before arriving here.

This decision to rebuild the RAF in response to France’s build up, then led to an initial burst of refurbishment and development of Britain’s current airfield stock, those not closed by the post-war political hatchet. This included Norfolk’s Bircham Newton.

The link forged in late 1918 with bombers would carry Bircham right through the 1920s and on into the mid 1930s, during which time a number of squadrons would either be formed here or pass through in transit elsewhere. The first of these was through the reforming of 207 Squadron on February 1st, 1920 with DH.9As. This unit came from the nucleus of 274 Sqn, itself a previous resident of Bircham. As a cadre, it would remain here for two years before departing for warmer climates and Turkey, in the Autumn of 1922. That was not the end of the link though, after a spell abroad the squadron would return to the UK, coming back to RAF Bircham Newton at the end of the decade. This return would bring a new variety of aircraft, the Fairey IIIF. By 1932 though, these models were themselves being replaced by another Fairey aircraft, the Gordon, and within three more years the squadron would be back on the road to the Middle East once more.

Another small cadre appeared here on New Year’s Day 1920. Moving in from the former Narborough airfield (Norfolk’s first), the cadre from 60 Squadron would disband later that month, having the good fortune to reappear at Risalpur, India, later in the year.

Over the period 1923 – 24 three more squadrons arrived at Bircham, 7 Sqn (who were formed here from 100 Sqn and stayed for four years); 11 Squadron (6 months) and 99 Squadron (four years) bringing a wide range of aircraft with them to this part of Norfolk. Delights such as the Vickers Vimy; Virginia II, III, IV, V, VI and VII; DH.9A, Fairey Fawn and the Handley Page Hyderabad were all present during this short period of time. 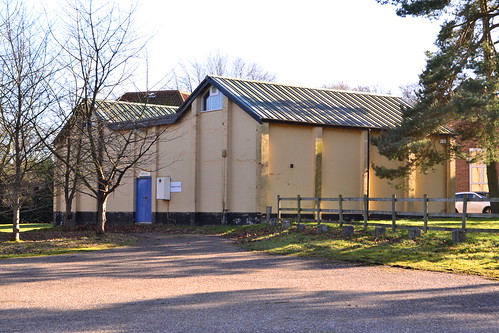 The original squash courts are still used as they were intended.

With such a mass of movement, accidents were inevitable. 7 Sqn suffered a loss when Vickers Vimy (F9187) overturned whilst landing at night on 16th October 1923. Damage to the aircraft itself was not too severe and it was repaired, however, one of the four man crew, AC.1 Ronald Sinclair Watson (aged 20), was not so lucky and was killed  in the crash. The remaining three crew all escaped unhurt.

Another accident befell a 99 Sqn aircraft on 27th February 1925, in which one of its crew was also killed with a second injured. The Avro 504K ‘H3083’,  spun after attempting a stall turn, the manoeuvre resulted in the death of P.O. Cecil S. Marshall Woode also aged just 20. This was the first fatal accident for 99 Sqn.

This build up of squadrons saw continuous movements both in and out of Bircham throughout the 1920s, resulting in many more personnel and aircraft residing at the airfield.

In mid January 1928, 39 Sqn appeared at Bircham (DH.9A) staying for just one year, followed soon after on March 21st, by 101 Sqn. This was another former RFC unit, and were reformed, under the initial command of Sqn. Ldr. J. C. P. Wood. Sqn. Ldr. Wood was posted in from RAF Uxbridge to oversee the formation of the unit and the training of the crews. At its inception the squadron had just 23 airmen in its ranks and was tasked with operating the Sidestrand, an aircraft built by Boulton and Paul aircraft manufacturers. 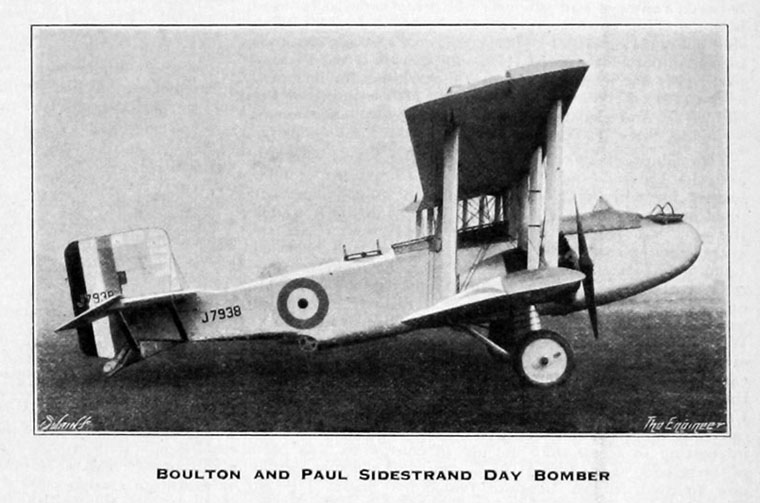 The first model built, J.7938 was collected and brought to Bircham Newton, it was then taken to Ringstead for testing there. It was however, unfortunately damaged in a landing accident after it developed an oil pressure problem whilst being flown by F.O. Duggan, the now Squadron Commander.

Meanwhile, at Bircham, Ground crew were occupied with further ground and air tests, along with lectures by staff from the Bristol Aeroplane Co. on maintenance of the  Sidestrand’s engine, the Jupiter VIIIF.

Rounding off the 1920s was 35 (Bomber) Sqn, reformed with DH.9As and then the Fairey IIIFs, followed not long after by the Fairey  Gordon. 35 Sqn was commanded by  Gilbert Stuart Martin Insall, who had in 1915 been awarded the VC for his actions in France. After having attacked  a German aircraft, he was forced down suffering numerous hits to his own aircraft. Once down, he was able to complete sufficient repairs enabling him to take off again, but in a hail of gunfire that kept others seeking cover.

Later, Insall was shot down again, this time he and his crewman were both injured and captured. Moved from hospital to a POW camp, he made two escape attempts, being recaptured in the first but successfully escaping in the second.

However, by the mid 1930s, both Insall and 35 Sqn had also departed Bircham Newton, heading for warmer climates and the Sudan, this move ending their link with this Norfolk airfield.

By now, Bircham had grown considerably, partly in response to the number of its users but also in response to the growing concern over what was happening on the continent. The airfield would by now, have a single aircraft repair section shed along with three double bay general service sheds. All of these were located in the south-eastern corner of the main airfield site, sat in a row with doors facing north-west.

In Part 3, we enter the uncertain times of the 1930s. Germany begins a build up of her forces, and Bircham changes commands being transferred over to Coastal Command.