On June 3rd 1944, Lancaster ND841 ‘F2-D’ piloted by F/O. George. A. Young (s/n: 134149) RAFVR 635 Squadron, was detailed to attack Calais as part of the preparations for D-Day. There would be eight other aircraft from RAF Downham Market also detailed for the mission and take off would be late that evening.

The mission as a whole would involve 127 Lancasters and 8 Mosquitoes of No.1, 3 and 8 Groups and the targets would be the gun batteries at both Calais and Wimerereux. It was a  diversionary raid as part of Operation “Fortitude South“, to fool the Germans into believing the invasion would occur in the Pas-de-Calais region.

At 28 minutes past midnight, F/O. Young lined the Lancaster up on the runway, opened the throttles and began the long run down the runway. As the Lancaster approached take off, it began to swing striking the roof of a B1 Hangar. In an uncontrollable state the aircraft crashed just outside the airfield killing all on board.

All other eight aircraft took off and returned safely after having dropped their bombs.

On board Lancaster F2-D that night was:

3.6.44  ‘D’ F/O Young G.A. hit hangar after taking off and crashed on airfield when large bomb exploded and the crew all killed.  8 aircraft returned to base .

Three of the crew are buried in Kings Walk Cemetery, Downham Market, a short distance from the airfield. 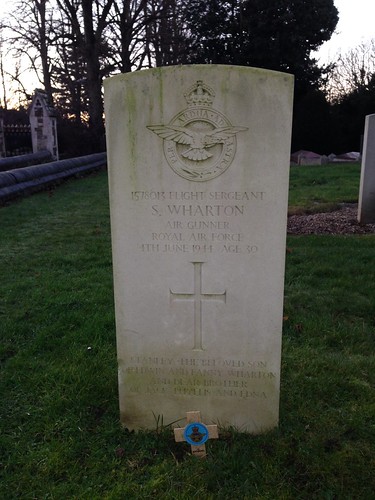 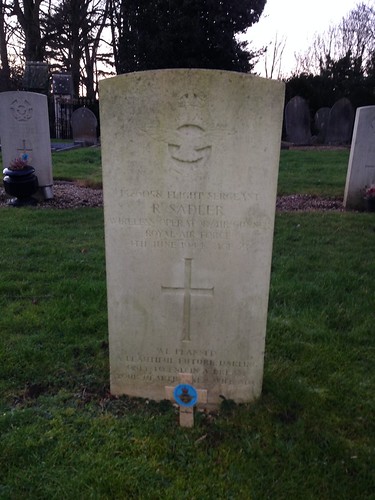 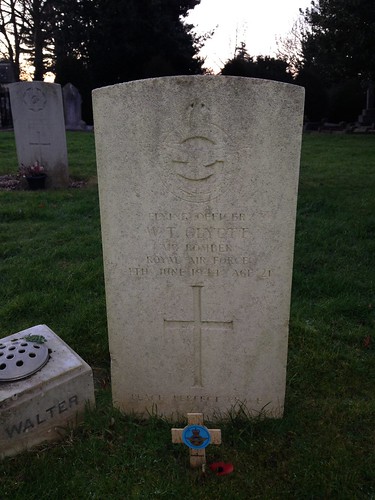