In 2014, I published Trail 6 – ‘American Ghosts’ a trail around six American bases from the Second World War, one of these, RAF King’s Cliffe, was, at the time, under threat of development.

In 2015, objections from over 300 people were received which included supporters of Glenn Miller, aviation enthusiasts, wildlife groups and local people alike, who all highlighted concerns over the proposed development of the site and the impact it may have.

At an initial meeting in September that year, the council failed to come to any overall decision as they needed to consider further reports from different interested parties.  At a second meeting held on Wednesday 14th October,  after considering all the issues raised, East Northamptonshire Council approved the plans and so planning for 55 holiday homes were passed on an area known as Jack’s Green.

This area includes a memorial to the late Glenn Miller, who performed his last ever hangar concert here at King’s Cliffe before being lost over the sea. Assurances from the land owner at that time, were that the development would be in keeping with the area and that the memorial would remain “exactly as it was”.

I have not been able to return to Jack’s Green, nor King’s Cliffe airfield to see how this development has affected the area, and was wanting to know if anyone had photos of the development taken since the development started or more so, in the years following. As it would directly affect the memorial and adjoining public footpath, I was interested in the Jack’s Green area especially. I know that many geocachers use this path as do horse riders, walkers and enthusiasts alike, and am hoping someone may have a small collection of photos I could see.

Any photos you are willing to share would be very much appreciated.

The BBC report can be accessed here.

Previous reports can be found here. 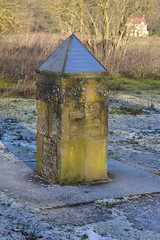