June 1940: Britain’s last remaining European ally, France; was now hors de combat, and the French people began to face the gruelling prospect of an indeterminate period of time in the shadow of the Swastika, under German occupation.

As news of the ignominious armistice and the new collaborationist Vichy government under Marshal Petain spread, there were many brave and defiant French servicemen who refused to acknowledge it. Some went underground, founding the Maquis; the French Resistance movement, whilst quite a number decided to get to England, by any available means, following their chosen leader: Brigadier-General Charles de Gaulle. Once in England, they formed themselves into La France Libre, the Free French Forces, with General de Gaulle as their commanding officer.

One such Frenchman was a nearly 24 year-old, qualified Pilote de Chasse, (fighter pilot) who was then serving overseas in the Armee de l’Air at Oran in French Algeria. He was Sergeant Emile “Francois” Fayolle. 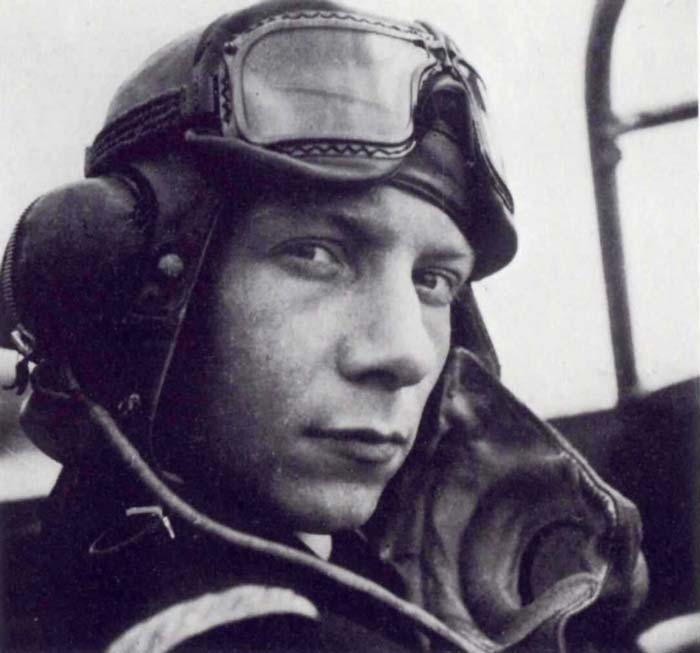 Born on 8th September 1916, at Issoire, in Central France, Emile’s father was an Admiral in the French Navy and his Grandfather was none other than Marshal Marie Emile Fayolle, the legendary French Army commander of the First World War. With such ancestry, it was little wonder that Emile refused to acknowledge the humiliating armistice of Compiegne. After much discussion, and despite the warnings of dire consequences from their Station Commander, Emile, his good friend and squadron-mate Francois De Labouchere and two other like-minded pilots, stole two of the station’s aircraft and flew to the British base at Gibraltar. There all four took ship to England, arriving in Liverpool in mid July. Emile Fayolle and his close friend Francois De Labouchere strengthened their already inseparable partnership throughout their RAF training and even made sure they were posted to the same fighter squadron later.

On August 18th 1940, at the height of the Battle of Britain, Emile and Francois were posted to 5 OTU, (Operational Training Unit) at Aston Down. Both men were by now commissioned as Pilot Officers and at 5 OTU, they would be learning to fly and fight with the Hurricane. Pilot Officers Fayolle and De Labouchere would join 85 Squadron, commanded by Squadron Leader Peter Townsend at Church Fenton, on September 13th 1940, flying Hurricanes. They would both soon start making their presence felt with the Luftwaffe.

Emile stayed with 85 Squadron for nearly three months, being posted to 145 Squadron on December 3rd. He stayed with 145 Squadron till April 26th 1941, when he was then posted to Douglas Bader’s 242 Squadron. Although the Battle of Britain was over by then and the German night Blitz on Britain’s major towns and cities had largely petered out, every now and again the Luftwaffe could, and would, still mount a really big raid, such as the one they made on London during the night of May 10th 1941. Exactly one year to the day since they’d started the whole ball rolling by attacking the Low Countries and France, this raid would prove to be pretty much the Luftwaffe’s swansong; their final, despairing fling. Making use of the full moon in a cloudless night sky, the Luftwaffe, in that one night, seemed to drop a month’s worth of bombs and incendiaries on the British Capital. The damage they inflicted was widespread and severe.

On October 14th 1941, Emile was posted to 611 Squadron, flying the Hurri-bomber: a cannon-armed, bomb carrying, fighter-bomber version of the Mk IIc Hurricane. It wasn’t long before he personally took a heavy toll on enemy shipping. Despite being there for only three weeks, Emile seemed to take particularly well to 611 Squadron’s role, becoming something of a specialist in the rather risky art of fast and accurate low-level attacks. He was posted to a very special unit; 340 Squadron, at Turnhouse.

When the RAF formed 340 Squadron, it was the first, all-Free French, squadron. It was formed as part of the Ile de France fighter group and Emile, as well as his great friend Francois de Labouchere, naturally joined the unit. Promotion, as well as confirmed ‘kills’, swiftly followed. As well as the Heinkel 111 he’d shot down on 10th May 1941, he also had confirmed a FW 190 on 3rd May 1942 and a JU88 shot down into the sea on 11th May 1942. His tally of enemy shipping stood at an impressive 25 sunk by then. At the end of July 1942, Emile was further promoted; to the rank of Squadron Leader, and given command of 174 Squadron at Warmwell.

On the Dieppe operation of 19th August 1942, his first one as Commanding Officer, his Hurricane took a hit from defending German anti-aircraft fire after he’d led his squadron of Hurri-bombers fast and low into the attack. His battle-damaged aircraft lost height and crashed in the Channel on the way back to England, not far from Worthing.  Emile was still in the cockpit.

But that is not quite the end of this extraordinary Frenchman’s story. By the strange vagaries of the English Channel’s currents, Emile’s body was eventually washed ashore in his native France. The Germans recovered it and given that he was wearing what remained of the uniform of an RAF Squadron Leader, but with some French insignia, they presumed him to have been a Canadian. Emile’s body had been in the water for some time and was in no real state to be positively identified, so the Germans buried him in a grave marked “Unknown RAF Squadron Leader”.

It wasn’t till 1998, after much laborious research had been done, that Emile finally got a headstone of his own. He is buried at Hautot-sur-Mer (Dieppe Canadian) Cemetery and he is also commemorated on the London Battle of Britain memorial; with all the other gallant countrymen of his who had flown and fought with the RAF in the Battle of Britain. His fighting prowess had earned him a total of four medals, including the DFC and the Croix de Guerre. At the time of his death; the remarkable, Squadron Leader Emile Fayolle, had been just two weeks and six days short of his 26th birthday.

My thanks to Mitch for this story.