In Trail 55 we travel from Snailwell to Cambridge passing through Newmarket and the former bomber airfield that has become the famous horse racing circuit. From here, we continue west where we find a small airfield that has all but gone, the last remnants now a small museum that utilises a mix of original and non-original buildings.

This particular airfield was home to a number of RAF units but is perhaps more noted for its American links, and in particular the fighters of the 361st Fighter Group. On our third stop around Newmarket, we visit the former airfield RAF Bottisham.

Located about 5.5 miles east of Cambridge between the villages of Little Wilbraham and Bottisham village, Bottisham airfield was initially opened in 1940 as a satellite for the new bomber base at Waterbeach, a few miles to the north of nearby Cambridge. Although designed as a satellite, it would later become a fighter airfield in its own right, with its own resident unit.

At first, the runways were grass and there were only two. However, later on, a third runway was ‘constructed’ and each of the three were then strengthened, using initially Sommerfeld Track and then Pierced Planking, both similar and both temporary methods of construction that were easy and quick to lay. Around the concrete perimeter track were fifteen concrete hardstands and a further 48 hardstands constructed with the steel matting. This gave a vast number of areas to safely disperse parked aircraft.

The longest runway was 1,435 yards long, whilst the shortest was some 300 yards shorter. The Watch office, designed to drawing 15371/41, was of brick construction with concrete slabs for the roof, which was the most common design used on World War Two airfields. Demolished in 1948, it was an off-shoot of design 12779/41 which allowed for smaller windows at the front of the tower, more commonly found where night flying regularly took place such as bomber airfields. 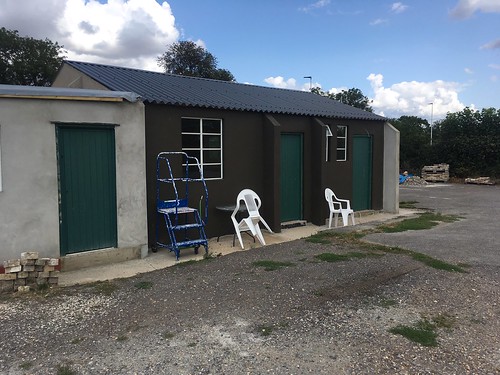 On site, there were eight Blister hangars (9392/42), a fourteen bay T2 Hangar (3635/42) and a range of stores, fire tender shelters, workshops and offices, mostly brick or steel framed buildings of standard airfield designs.

Accommodation was eventually erected over ten sites both WAAF and enlisted men/officers, many of which were located in and around the village of Bottisham itself.  This huge increase would eventually lead to a massive explosion in the village’s population.

For the first seven months of its existence, from March to October 1940, Bottisham saw little activity, and as the land was little more than a field, it was totally unsuitable for anything larger than a small aircraft. As a result it was barely used, and little development occurred on the site. The only visitors being seen were the occasional Tiger Moth of the 22 Elementary Flying School (EFTS), from nearby Cambridge. 22 EFTS was set up, at Cambridge, on the declaration of war in 1939, and they used a range of small light trainers: Miles Magisters, Proctors, Tiger Moths and Hawker Demons.

For the next year or so, Bottisham airfield remained in this state, barely used and under-developed until, in July 1941, it was handed over to the Army Co-operation Command and 241 Squadron.

After being disbanded at the end of 1919, 241 Squadron was reformed in 1940 by merging two ‘A’ Flights from other units. They initially used Lysander IIs replacing them with Blackburn Rocs, a model they replaced again with Lysander IIIs before moving to Bury St. Edmunds. After that, they moved here to Bottisham, on July 1st 1941. After a matter of only weeks, the Lysanders were replaced with Tomahawk IIA (the British named P-40) which was intended to be a fighter escort aircraft for the RAF. However, its poor performance led to it being used instead for pilot training and Army cooperation work. Something that would become significant over the next year or so. Over the next few weeks, the new aircraft were collected and ‘normal flying training’ flights were the order of the day. 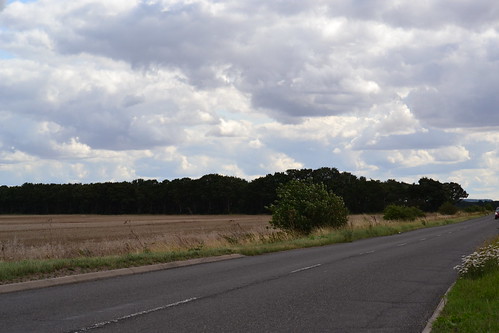 The runway, marked by the treeline looking south-west.

The British saw the Tomahawk as a possible fighter aircraft during the 1940s supplementing the Spitfires and Hurricanes provided by British aircraft manufacturers. However, production problems of the P-40 led to the British seeking alternative suppliers. Realising there was a niche for a new model, the North American Company offered to design their own fighter, one which they designed, built and tested within 100 days. This new model, whilst not perfect, its Allison engine performing badly at altitude, would eventually go on to supply the American Air force and become one of the most famous aircraft ever built – the P-51 Mustang.

With detachments of aircraft based at Snailwell, Macmerry, Henlow and Docking, 241 Squadron would be spread far and wide, but continued to pursue their duties as an Army Cooperation flight. However, their job was not easy, the new Tomahawks and the poor British weather over the winter 1941-42, proved to be a major challenge for both air and ground crews here at Bottisham. The Operational Record Books for the period showing that the month of January in particular was ‘not satisfactory’, with crews struggling to keep aircraft serviceable in the poor weather. On the 20th, a new structure for the Air Force and a new section for the Squadron were brought into being. This did not however, alleviate the difficulties the crews were having. The main issue seemed to be down to generator drive problems in the P-40s, which combined with an accident in the squadron’s  Airocobra, meant flying was very much restricted to the last remaining Lysanders.

On March 15th 1942, things would begin to change. In now fine weather, the first four of the new P-51 Mustangs arrived, flown down from Speke (now Liverpool airport) by P/Os Kirkus, Clarke, Harrup and F/Lt. Coe. During the next few weeks as more P-51s arrived, the old Tomahawks were gratefully handed over to other Training units and Squadrons, and probably without a tear being shed.  Then on May 1st 1942, 241 Squadron began its departure for pastures new and Ayr in Scotland. On that day, the road party left Bottisham in 21 vehicles at 09.00hrs, whilst the rail party left in the evening at 20:00hrs. By the next day, the rail party had arrived but it would be a further 24 hours before the road party would find their new home.

Throughout the war Bottisham would develop a strong relationship with nearby RAF Snailwell, being only a few miles apart, the two frequently used each other to store and operate their aircraft. The next two squadrons to arrive were just that, both Snailwell based units that moved in to Bottisham. Bottisham was never considered a good posting in these early stages of the war, its accommodation at this point was considered primitive, cold and damp, it was certainly not the most hospitable airfield to have to stay at. 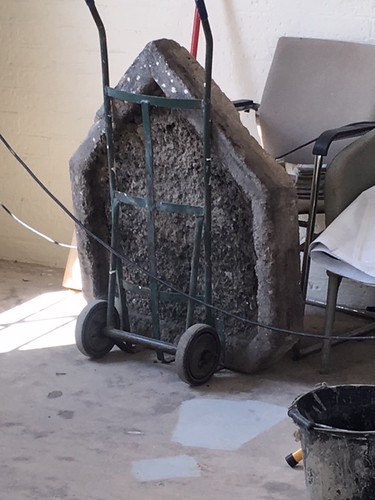 A pot Belly stove stand now in the museum.

Some two weeks after 241’s departure the first of these squadrons arrived – 652 squadron. 652 was part of the Air Observation Post (AOP) and like all the units 651 – 666 they were manned partly by Army (pilots) and RAF (maintenance crews) personnel, they were noted for persistent and regular moves sometimes even daily. Noted as being at Bottisham between June and August 1942, 652 Sqn operated Tiger Moths in the observation role, spotting gun shots off the Hunstanton coast for field artillery units. At the end of their stay here at Bottisham they departed moving to Westley in Suffolk.

The second squadron to arrive at this time was another Tomahawk squadron, 168 Squadron, who were formed at Snailwell on 15th June 1942, moving across to Bottisham in mid July after receiving their Tomahawk IIs. Operating from Bottisham in these early days preceded a move to the fighter station at Tangmere and a more glamorous role with Mustangs and later Typhoons.

The transfer occurred in the afternoon of July 13th, with four flights amounting to twelve aircraft flying in formation across to Bottisham. The flights were led by W/Cdr. Watson-Smyth, who on their arrival realised that the AOP squadron were still using the accommodation blocks, and as the new ones were not yet finished, ‘A’ flight had to share until theirs was suitably completed. There was also insufficient room for the officers, who had to sleep in tents in the grounds around the Mess, whilst ground crews were billeted in three huts in the grounds of Bottisham Hall.

On July 19th, the squadron used the new north-south runway for the first time, it was noted that it was rather more “bumpy” and “shorter” than the east-west runway  but was considered “satisfactory” for their use.

During their stay here, 168 Sqn performed many cross country navigation and fighter affiliation exercises. However, a lack of Allison engine tool kits meant many aircraft were unserviceable for long periods. This became a frustration with the flights, restricting their flying time to a minimum. Then on 31st July, a large quantity of the specialist tool kits finally arrived, and the aircraft were able to be repaired and normal flying duties continued.

The dawn of 1943 would bring little change to Bottisham. More short stay units would mean life was a little more hectic, but Bottisham was still not the major front line airfield it so wanted to be.

In part two we see how Bottisham struggled on in the next year. But January 1944 would see big changes and a renewed impetus that would propel Bottisham to the forefront of Fighter aviation.