The day finally arrived, after six months of organising, emailing, badgering and beavering away, Mitch Peeke’s vision of a memorial for the crew of B-17 #44-6133 piloted by 2nd Lieutenant Armand Ramacitti, finally arrived.

A break in what had been many days of storms and heavy rain allowed the sun to shine on this, a quiet corner on the northern coast of Kent. A place which overlooks the mud flats of the Thames Estuary, with Essex and Southend beyond. A place where like minded people gathered to pay their respects to the brave crew of a B-17 that fought tirelessly in the skies of Europe during World War II.

Flanked by two authentic World War II jeeps, reenactors and an Air Cadet Guard of Honour, Mitch Peeke took centre stage and reminded us why we were here. With the ‘Stars and Stripes’ flapping in the wind, Mitch told the story of the two aircraft that collided in the skies above, an accident in which eleven young men lost their lives almost 75 years ago to the day. 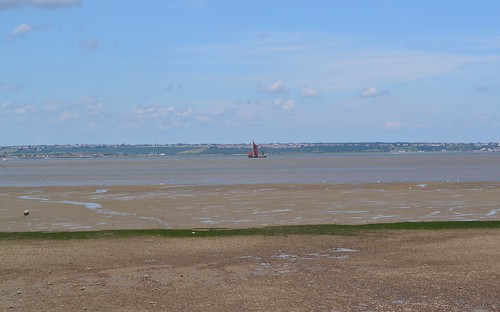 The Thames Estuary were the B-17 came down.

A solemn silence fell as Mitch then introduced two living relatives of that crew, Jeanne Cronis-Campbell (the daughter of Bombardier Second Lieutenant Theodore ‘Teddy‘ Chronopolis) and Noel Togazzini (nephew of Flight engineer/top turret gunner: Staff Sergeant Cecil Tognazzini), who had flown over all the way from the United States for this special occasion.

The sound of TAPS then resonated across the site, after which Jeanne and Noel lifted the flag from the plaque. The Reverend Steven Gwilt then blessed the memorial, and lead the gathered in  prayers of remembrance. 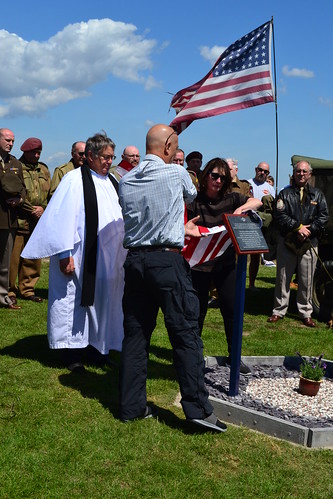 Jeanne and Noel unveil the memorial.

The silence  prevailed, people’s thoughts perhaps turning to that day in 1944, and what must have been going through the minds of those young men as they battled to get out of that B-17 as it fell perilously towards Earth and a decisive fate.

Mitch then stepped forward once more, introduced the band who lightened the moment with their collection of well known 1940’s music. The band played on throughout the afternoon, the drinks flowed and friendships were forged. Just as in the 1940s, hands that had stretched across the sea were now hands together, stories and personal moments were shared, it was like meeting an old friend. 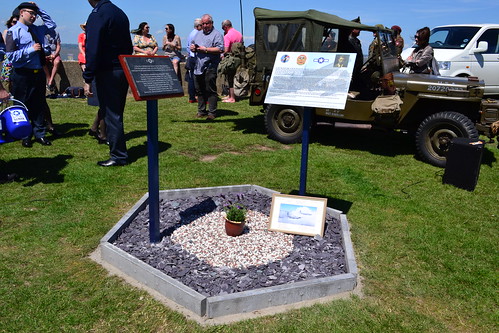 The Memorial at Allhallows.

The day was more than a success, it was a celebration of life. A celebration that now sees a memorial, long since missed,  standing as close as it can to the point of impact, where all but one of the Ramacitti crew died.

My own personal thanks go to Mitch for the hard work he put in to organising the event, to both Jeanne and Noel, for sharing their stories and also to Geoff Burke for sharing stories of his own personal voyage to this point.

The full story of the accident can be read in Mitch’s guest post “A Long Way From Home.” 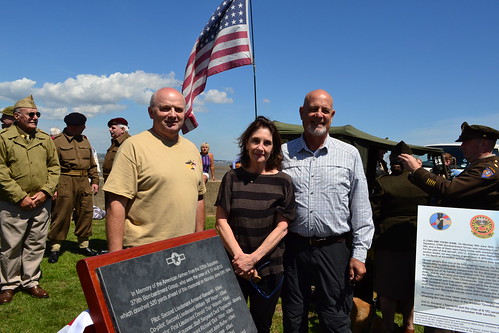 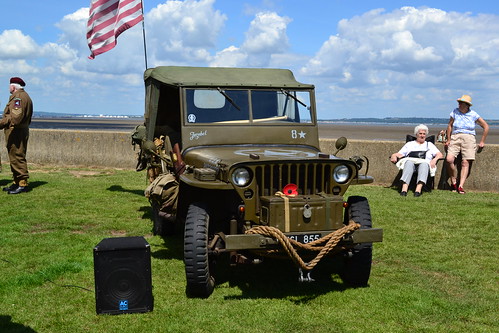 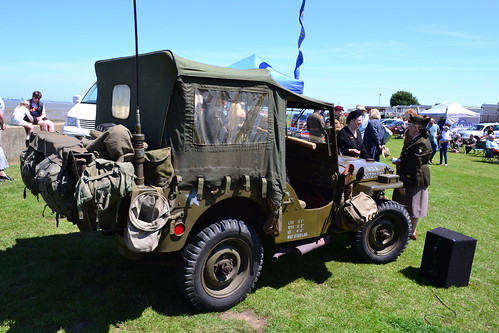 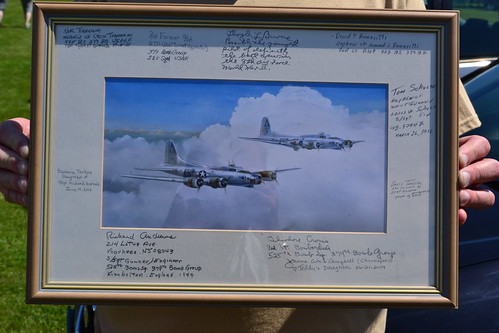 Geoff’s print of the two B-17s signed by some surviving members of the crew and relatives. Many of these crewmen have now passed on. 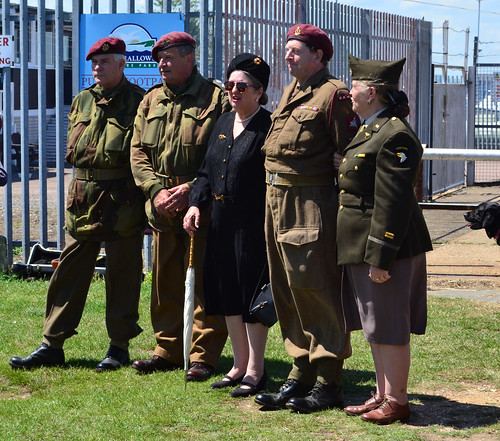 Some of the reenactors.