Recently I posted a guest post from Mitch Peeke regarding the collision and subsequent deaths of a number of crewmen on board two 379th BG B-17s over southern England, on 19th June 1944.

Mitch is aiming to have a memorial erected close to the site where one of the B-17s  #44-6133 fell, killing all but one of the crew. So far, he has received permission and a very positive response from the land owners on which the memorial is hoped to go, along with information, including a crew photograph, from the 379th BG Association.  Mitch has also been contact with the local TV station and newspapers hoping to generate further interest and funds to cover the cost of such a memorial.

A number of other avenues are still being pursued but the response so far has been very promising indeed!

A preliminary date has been set for the anniversary of the crash but this will of course, largely depend on progress over the coming weeks.

Mitch has set up a ‘gofundme’ fundraising account, with a target of £1000 he hopes the public will get behind the project and secure a memorial for those young men who lost their lives that tragic day. Find the account at: https://www.gofundme.com/ww2-aircrew-memorial 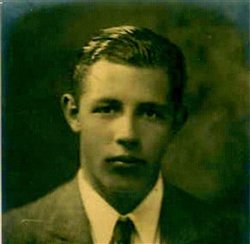