Much has been written about the Famous ‘Blue Nosed Bastards of Bodney‘, the 352nd Fighter Group, Eighth Air Force. Famed for their determination and ferocious attacks on Luftwaffe aircraft, they produced some remarkable results – but they also suffered some terrible losses. Nicknamed the ‘Blue Nosers‘, because of their blue nosed P-51 Mustangs, they became one of the most successful fighter groups of the Eighth Air Force. In just a two-year period (September 1943 to May 1945), they were credited with 800 enemy aircraft destroyed, either on the ground or in the air, flying a total of 420 missions. Today the airfield they served from, RAF Bodney, is a small part of the STANTA training ground used by the Army for military exercises, and whilst the airfield has all but gone, the stories and tales of the 352nd continue to live on.

In this Trail, we look again at RAF Bodney, the units and the men who served, the heroic acts and the cost paid at this small grass airfield.

Bodney was initially an RAF airfield, opened in 1940 as a grassed site with a hardened perimeter track. During its construction, it had 27 asphalt hard stand of mixed sizes, fifteen large and twelve small, and was designed as a satellite for nearby RAF Watton (Trail 9). Whilst primarily associated with the USAAF, it was in fact an RAF Airfield for several years, housing detachments of aircraft from its parent station.

On 2nd March 1939, 21 (Norwich) Squadron (RAF), now part of 2 Group,  moved into Watton from Eastchurch bringing with them Blenheim MK.Is which they retained until the September when they changed them for the MK.IV. Being early on in the war, they were not yet fully operational, and so were limited to reconnaissance flights over northern France. They were also joined in the August by 82 Sqn, another Blenheim squadron, and it was at this time that they began to utilise Bodney as a satellite, dispersing aircraft here away from the parent airfield.

One of the earliest casualties to occur at Bodney was that of 82 Squadron, on the 22nd anniversary of the forming of the Royal Air Force – 1st April 1940. Take off occurred at 11:00 hrs when Blenheim MK.IV #L8867, piloted by F/O. Glyn Harries (s/n 39520), along with Sgt, Herbert Kelleway (s/n 561573) and LAC. Eric Wolverson (s/n 544700), was sent to attack enemy shipping off the Danish coast. During an attack, the aircraft was hit by Flak from enemy shipping and brought down with the loss of all three  crewmen on board. Their bodies were never recovered and they are commemorated at Runnymede. 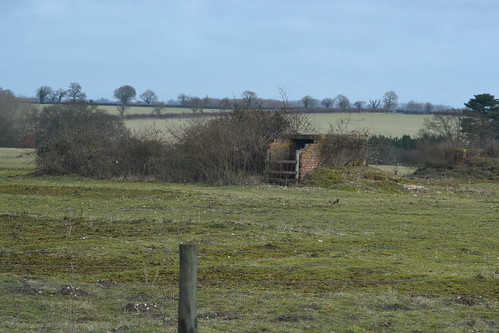 By the summer of 1940, Western Air Plan W.A.4(b) was put into operation, a plan that formed part of a 16 part operations plan in the event of a German attack, and one that would focus British Air power in the destruction of German power sources. Part 4(b) focused on the advancing troop and armour columns when they crossed into Southern Holland, Belgium and France. This required aerial attacks primarily from Blenheim and Fairy Battle Squadrons, and was intended to slow or even stop the advancement.

Blenheims of 21 Squadron were assigned to this plan focusing on troop columns and bridges, but being under-powered and weaker than their adversaries, Blenheim casualties were very high and operations over enemy territory were soon curtailed.

Western Air Plan W.A.4(b) was a plan that sent many pilots to their ultimate death or capture, as the aircraft they were flying were woefully inadequate for the job in hand. A fact borne out by the brave attempts of three crewmen on June 14th. On this day, Blenheim #R3742, of 21 Squadron at Bodney, was shot down over France, the three crewmen: P/O. W. Saunders, Sgt. H. Eden and Sgt. C. Webb,  fortunately surviving the resultant crash. After making their way to the coast, finding a boat and attempting to row to England, the three men began to hallucinate through exhaustion. After the second night, P/O. Saunders ‘disappeared’, leaving only his tunic behind in the boat. After being what they thought was only 10 miles from the English coast, they were eventually picked up in France and taken to a new POW camp on the Baltic coast.

On June 24th, 21 Sqn left Bodney moving north to RAF Lossiemouth where they performed anti-shipping operations off the Norwegian coast, before returning once more to Watton (and Bodney) where they continued these low-level operations. It was whilst back here at Bodney that another of 21 Sqn’s pilots, Sqn. Ldr. Malcolm McColm, flying in Blenheim MK.IV #T2223 ‘YH-T’ would also be shot down also ending his war as a POW.

On the night of 27th/28th December 1940, he took off with his crew, Sgt.  Cecil Hann (s/n 580541) and Sgt David Shepherd (s/n 625253), to attack coastal targets. After being shot down, both Sgts. Hann and Shepherd were killed but Sqn. Ldr. McColm survived and would go on to be one of the RAF’s greatest evaders, escaping no less than seven times from German incarceration. Eventually he was sent to Colditz where he shared a room with Douglas Bader and was an active member of the Colditz Escape Committee along with Airey Neave. These would prove to be residencies that would befall many Blenheim pilots at this point in the War.

Eventually in 1941, 21 Sqn moved away to the Middle East, only to be disbanded and reformed later on, all on the same day.

Being a satellite, the facilities at Bodney were rudimentary, and remained so even when 90 Squadron (RAF) began using it during testing of the mighty B-17 (Fortress MK.I). Initially reformed at Watton on May 3rd 1941, they quickly moved to larger bases at West Raynham and then Polebrook, where the Fortresses were tested for RAF bombing missions. Unfortunately operations proved too costly with too little success for them to continue, and the B-17s were gradually phased out of RAF operations. 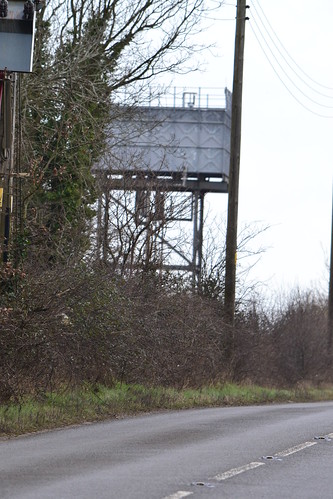 The water tower and pump house at Bodney are some of the structures remaining.

These coming and goings at Bodney had left 82 Sqn one of the few squadrons still in situ. Performing anti-shipping activities off the coast of the Friesian Islands, they would regularly fly over the sea at very low levels, attacking whatever ships they could find. On August 20th 1941, Blenheim MK.IV #V6445 ‘UX-E’ took off from Bodney on what was supposed to be a routine operation; at the controls was 20-year-old F/Lt. Dennis R. Gibbs (s/n 63471), with Sgt. Stanley V. Pascoe (s/n 548419) as wireless operator / gunner, and Sgt. Eric L. Cash (s/n 916895) as Observer / bomb aimer.

As the aircraft flew in low toward its target, Sgt. Cash (referred to as ‘Laurie’) released the bombs, at which point the pilot, realising how low he was, pulled up only to strike the mast of the ship they were attacking. The mast smashed the Blenheim’s perspex front severely wounding Sgt. Cash, and damaging numerous instruments, including the radio, in the process.

Unable to navigate properly, the pilot turned west and headed for what he hoped would be land. After some 6 1/4 hours flying time, a point very close to the flying limit of the Blenheim, F/Lt. Gibbs, not knowing where he was, decided to put the aircraft down in a suitable field. The nose of the aircraft still had part of the mast embedded in it, which made handling and landing the aircraft even more difficult than it would have been normally.

Luckily a passing Home Guard platoon were near by, and once the aircraft had come to a stand still, they helped pull the crew out of the wreckage; Sgt. Cash was taken to Acklington Hospital whilst F/Lt. Gibbs and Sgt. Pascoe were treated for minor injuries.

Later that night Sgt. Cash died from wounds he sustained in the collision, and was buried in Chevington Cemetery. F/Lt. Gibbs and Sgt. Pascoe returned to Bodney and after a short period of leave, returned to flying duties; F/Lt. Gibbs later receiving the DSO.

Until now Bodney had not had its own squadron, but on March 14th, 1942, a unique day in 21 Sqn’s history, the unit was disbanded in Malta only to be reformed the same day at Bodney. They continued to use the Blenheim MK.IVs, placing a small detachment at Abbotsinch (now Glasgow Airport) whilst the main part of the squadron stayed at Bodney. It was also during this month that 82 Sqn departed for the far east leaving Bodney to the new 21 Sqn.

During May 1942, 21 Sqn began to change their Blenheims, replacing them with the American built Lockheed Ventura (MK.I and MK. II), the first RAF squadron to do so. Throughout the summer months 21 Sqn carried out training flights converting crews from the Blenheim onto the Ventura, a slow process as new aircraft were only being sent as few as one or two at a time. The Ventura, a former passenger aircraft, could carry a 2,500lb bomb load with a larger crew of 4 or 5 including a top turret gunner. Take offs, landings and formation flying were the order of the day until in the October 1942, when 21 Sqn finally departed Bodney for RAF Methwold (Trail 8). This move signalled the permanent break that would mean 21 Sqn would now leave Bodney behind for good.

The winter months of 1942-43 were quiet at Bodney. The gradual build up of American forces in the UK meant that more and more airfields were needed to house fighters and bombers of the Eighth and Ninth Air Forces. Through both a renewed building programme and the taking over of older RAF sites, this heavy demand would soon be met. As part of this buildup, Bodney was identified as suitable site for a bomber station, but upgrading to Class A standard never happened, and instead it was allocated to a fighter group. After being designated Station 141, it was handed over to the US forces, who quickly began to make improvements to its design.

In part 2 of this RAF Bodney – High casualties and heroic acts, we shall see how Bodney  became home to the three squadrons of the 352nd FG, The tragedies that occurred at this small grassed airfield, and how the 352nd became one of the top scoring Fighter Groups of the US Air Force.