Whilst researching a forthcoming trail, I discovered the story of two airmen who were both killed in an accident, and are both buried in the local village cemetery.

Their gravestones are sadly much less ‘grand’ than many of the other airmen in the cemetery, but their departure was none the less, nothing short of a tragedy, and in no way less of a sacrifice than any other loss.

It was during a night training flight, on November 14th 1938, that Wing Commander Harry A. Smith MC, along with his navigator Pilot Officer Aubrey W. Jackson, both of No. 9  Squadron (RAF),  would be killed in a Handley Page Heyford III reg: K5194, when the aircraft undershot the airfield striking trees outside the airfield boundary. The crash was so forceful that the aircraft burst into flames killing both airmen.

Wing Commander Smith MC qualified as a pilot whilst in the Royal Flying Corps in 1916, and was the first of his rank to be killed since the inception of Bomber Command in July 1936. He had been awarded the Military Cross ‘for gallantry and distinguished service in the field‘ in 1918.

Pilot Officer Jackson was appointed for a Short Service Commission in January 1937, and later a Permanent Commission. He was only 20 years old at the time of his death.

Both crewmen are buried in Stradishall’s local cemetery. 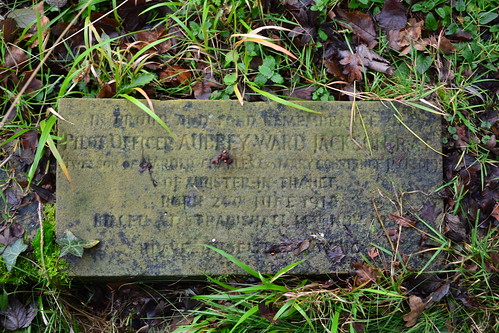 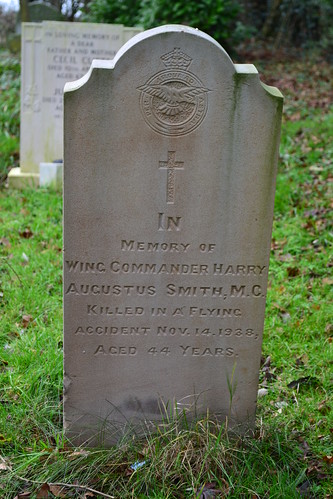 Wing Commander Smith, killed alongside P.O. Jackson on a night training flight. He was the first of his rank to die since the formation of Bomber Command.