As 2017 draws to a close and another year passes, I’d like to look back at some of the highlights of the blog so far.

Since starting the site, way back in 2014, I have learned a lot about Britain’s airfields, their design and construction, and the men and machines that flew from them. What started as a record of memories has turned into a passion of history and hopefully, a dedication to all those who served, fought and died at these places. I have also seen how gradually, over time, many of these historic sites have sadly disappeared, beaten by the onslaught of time, the developers pen, and the ploughs of the industrial farmer evermore determined to draw out more crops from his expanding domain.

What were once massive military sites covering a vast acreage of land, homes to several thousand people who were all doing ‘their bit’ for the war effort; who came from all four corners of the world to fight, are now mere ruins or a collection of derelict and decaying buildings. In many cases they are merely small patches of concrete often covered with the waste of farm practices, or as in some cases, completely gone.

Since starting I have managed to visit over 100 different airfields, stretching from the southern most county of Kent to Edinburgh in Scotland; from Gloucestershire in the west to the East Anglian counties in the East. This has resulted in just short of 50 Trails around the country, but even this has barely scratched the surface of what is still out there waiting to be found. There are many, many more to go, so I thought at this point of the year, I’d share some of the posts that I’ve enjoyed, and also those examples that highlight the extent of this massive war-time development. With this, I hope to show a selection of the examples of features that have (so far) survived and the evidence of them that can be seen today. I hope you enjoy them and may I take this time to wish all followers, family and friends a very merry Christmas and a happy and safe New Year.

With the forming of the Royal Flying Corps, Britain needed and built a number of small airfields all with grass runways, wooden sheds for workshops and accommodation sites using tents. Examples of these places include the likes of Collyweston, (absorbed into modern-day RAF Wittering), Tydd St Mary (Attacked by Zeppelins) and Narborough (Norfolk’s very first airfield) to name but a few. Such little evidence of these sites now exists – many were absorbed into later airfields or they were returned to agriculture – that some, such as Hingham and Westley, we don’t even know the precise location of.

We saw  with the expansion of Britain’s airfields in the 1930s, how buildings changed dramatically from wooden construction – such as RAF Castle Camps – to more permanent (although classed as temporary) brick buildings, many examples of which survive in a preserved state at RAF Bircham Newton. 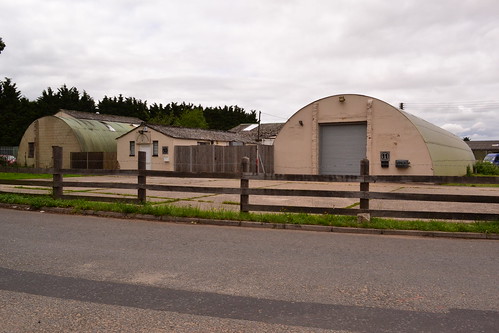 We saw the development of the hangar, one of the most recognisable and distinguishing features of an airfield, from early wooden sheds through canvas doored Bessoneaux hangars, to metal hangars of over 150 feet in length. Many of these buildings still exist today, absorbed into farms or used for storage. Examples are thankfully still relatively common with some found at RAF East Fortune (now a museum), RAF Methwold (farmland), RAF Little Snoring (a light airfield) and RAF North Creake. 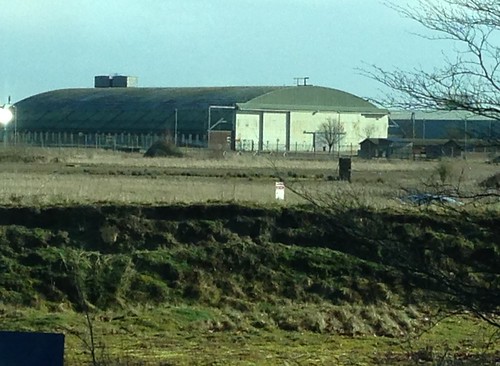 RAF Waterbeach’s ‘J’ type hangar with a ‘T2’ behind. Waterbeach like so many, is an airfield embroiled in the planning process.

Runways to allow bigger and heavier aircraft to use them, grew from short grass strips to those of wood chip, tarmac and concrete of 2,000 yards in length and 50 yards wide. Some of these even exceeded a massive 3,000 yards in length. Many of these pathways continue to exist today in some form or other, RAF Eye (industrial), RAF Cottam (built and never used), RAF Debden (currently an army barracks), RAF Deopham Green (farmland) and RAF North Witham (an open and public space) are some of the better examples we can find today. 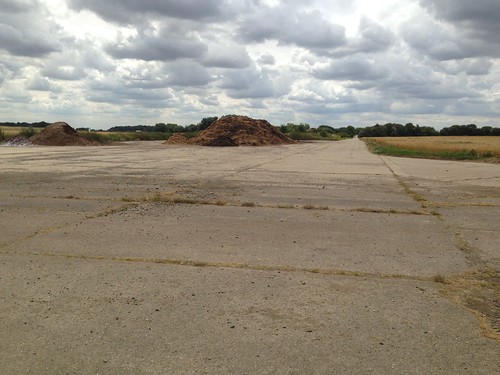 RAF Great Dunmow typifies the state of many of the better examples of these massive runways today.

The Watch Office, another distinguishing feature, lay central to the operations of a wartime airfield. Again its development was rapid and complex. Some thankfully have been restored as museums such as those at RAF Framlingham (Parham), RAF Debach, RAF East Kirkby, and RAF Martlesham Heath. Some are now derelict, decaying memorials to those who served. Examples found at RAF Winfield, and RAF North Pickenham, are particularly severe, whilst many are used for other purposes such as RAF Matching Green (radio); RAF Attlebridge (offices) and RAF Rattlesden (a glider club). 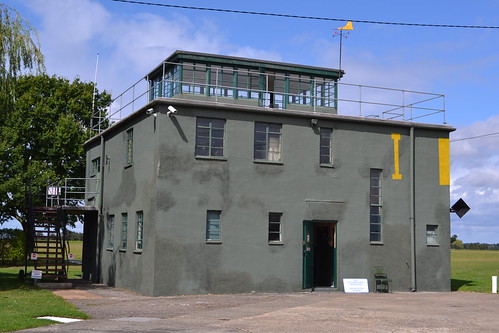 At Bury St. Edmunds (Rougham) the watch office is now restored and forms the main part of the museum.

There are numerous examples of other buildings on some of these sites, many are now part of small industrial complexes, workshops that were once used to repair aircraft parts now repair cars or other small items. Their original features often hidden by new cladding, overgrown weeds or a change in frontage. Slowly, but surely, they are gradually disappearing from our skyline.

The purpose of theses places was to wage war. In doing so many lives were lost, both military and civilian – on both sides. As a result, many heroic acts of bravery and self-sacrifice took place. The VC, the highest award given to members of the British armed forces for gallantry “in the face of the enemy”, was awarded to two pilots: Flt. Sgt. Arthur Louis Aaron, V.C., D.F.M. and Sqn. Ldr. Ian Willoughby Bazalgette (RAFVR) VC., both flying from RAF Downham Market. The American S.Sgt. Archibald Mathies, USAAF, 510th BS, 351st BG, was one of many Americans awarded the Medal Of Honour for his valour in combat whilst flying from RAF Polebrook, another was 2nd Lt. Robert E. Femoyer MOH, 711th BS of RAF Rattlesden, for his actions over Meresberg.

Losses were high both in combat and also during training. This year, I managed to visit several training stations of which two RAF Chaterhall and RAF Milfield had high losses of trainee pilots. Many are those are buried locally, and one delightful small church I visited at Fogo, had almost as many war dead as it did living inhabitants! 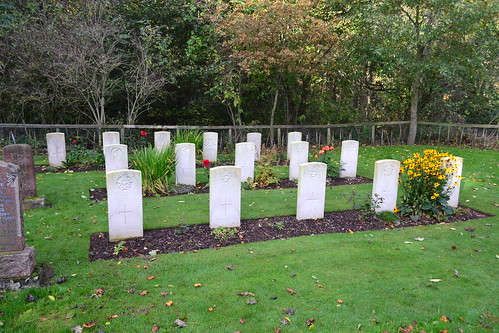 The church yard at Fogo has 16 war dead, most from the nearby training airfield RAF Chaterhall.

All in all its been a fascinating journey, I have entered the lives of many people who fought for what they believed in. I have read their stories, visited the very places they served at, and in many cases, the graves in which they now lie.  These decaying sites are the true monuments to their sacrifice. The buildings that once housed these young men stand as a lasting tribute to them, I hope that their memories never fade away in the way that many of these sites now have.

I’d like to thank you for taking the time to join me on this journey, I hope you have enjoyed reading about them as much as I have enjoyed visiting, researching and writing about them. I look forward to you joining me next year as we travel on many more trails around Britain’s disused airfields.

A Merry Christmas and a Happy New Year to all!