On a recent trail in Suffolk, I was lucky enough to be able to visit two terrific museums both situated in the former Watch Offices of U.S.A.A.F bomber bases.

The second of these was at the former base at RAF Debach.

Like many of these sites the airfield and tower fell into disrepair after the war and remained so for many years, gradually deteriorating in the extremes of the British weather. By 1960, vegetation had taken hold and the building had become derelict.

But in the mid 1990s, the land owner decided to invest in the tower and with help from volunteers began a major restoration project that would not only restore it to its former glory, but make it into a memorial and museum to the crews and staff who lived, served and died whilst on active service at RAF Debach.

Usually open on Sunday’s, and Wednesday’s by appointment, I had the delightful opportunity to be given a personal guided tour of the site by the knowledgeable and dedicated wife of the current land owner. 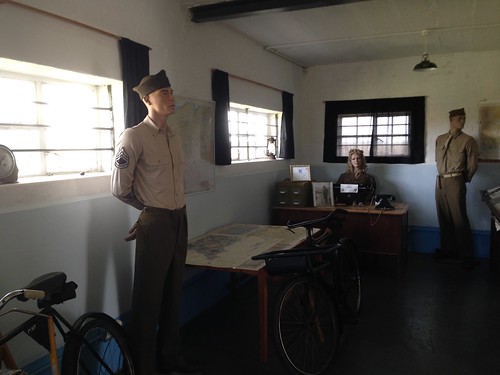 1940s inside the Watch Office

The volunteers of the site were there, busy working away, and were more than happy to chat providing one of the warmest welcomes I’ve ever had the pleasure of.

The site today is a busy working farm, and any self-respecting visitor will appreciate the work, time and money that has been poured into this site. Not just the tower, but the cafe, the various buildings that remain, the enormous and varied collection of memorabilia and working vehicles hat have been collected and resorted to full working order.

The tower itself has been returned to what it would have been like during its use in the late 1940s. Each room filled with original equipment (where possible) sourced from around the world. Old photographs have been used as references and provide excellent comparisons to the current displays.

The glass house has been rebuilt, and as with other towers, provides excellent views over the former site. What a sight it must have been to stand here watching the bombers return from their daylight missions over Europe. 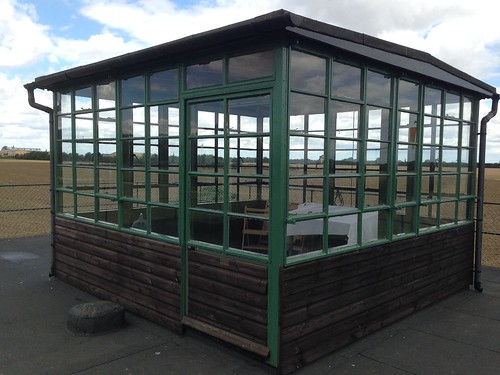 The ‘Glass House’ on top of the Watch Office.

The main room houses a number of dressed mannequins, radio sets and wartime artefacts set out as it would have been; whilst other rooms contain personal effects, electronic equipment, administration equipment, maps and the like. Photographs around the building tell the more personal stories of Debach airfield during the war.

Outside, one of the former huts now houses what has to be one of, if not the biggest collections of original nursing and dental equipment around. An entire dental room is on display each item having been bought by the owners over a number of years. Much of this equipment having been hidden away and not generally on show elsewhere. 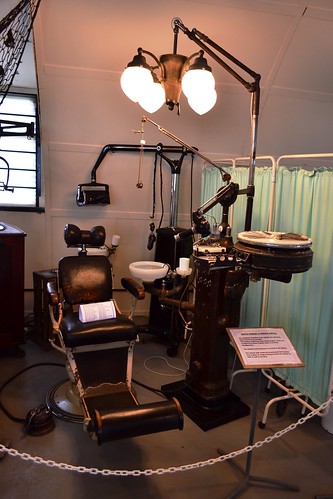 Debach houses one of the finest collections of dental equipment around.

The usual array of uniforms, weapons and artefacts gathered from the airfield can also be found, along with a collection of toys and gifts made by POWs kept here post war. This collection is thought to be the biggest in the eastern region.

Also found here is an original Queen Mary trailer now converted in to a small cinema which shows films from the era, giving further insights and experiences of life in the 1940s.

Another original building, the former fire tender shed, is now a collection of household materials and artefacts depicting various rooms of a house during the Second World War. For anyone interested in domestic life in the 1940s this is a must. 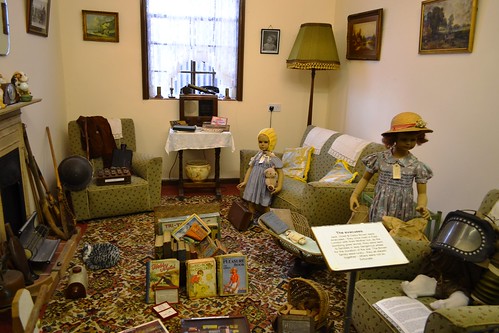 One of the many rooms depicting war and post war domestic life.

Many of the original buildings on the technical site remain, the dingy shed, parachute store and stores huts, and whilst many are used for storing farm machinery, one does hold a large number of working second world war vehicles. I was lucky enough to have them start one of these up and the noise was incredible. These vehicles just ooze power!

Not being a knowledgeable vehicle buff myself, several of the volunteers gladly took timeout to explain the history and uses of each one and allowed me the freedom to wander around them. 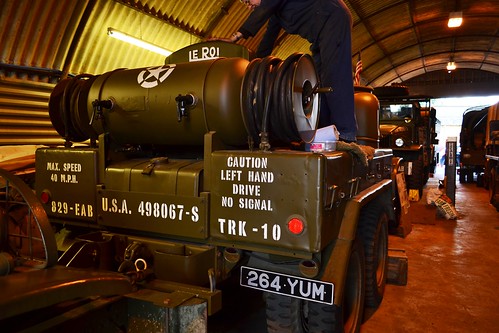 One of the many restored vehicles that run today.

Other buildings contain further vehicles, again all restored and running. Aircraft parts and a B-17 engine recovered after 57 years are also on view, along with more Second World War artefacts that fill these rooms.

Even though the technical site is a working farm, there are no unrealistic restrictions to access and as a visitor you are warmly welcomed to wander.

Across the road, only a short walk away, is the memorial. This has been laid outside the former headquarters building, which is now used by a small industrial unit.  Again I was invited in, and allowed to peruse the photographs and record boards that adorn the walls. These photos show the building as it was during the war and make for very interesting viewing.

Debach museum is a fascinating and well run museum where a friendly welcome, excellent facilities and enormous collection of Second World War equipment is fabulously displayed, I simply cannot recommend it enough.