The first airfield in this Trail reveals some excellent examples of wartime architecture. A short life, but an important one, it saw a wide range of aircraft undertaking some ground breaking activities.

Halifax B Mark III, MZ817 ‘DT-O’, of No. 192 Squadron RAF after crash-landing while taking off from Foulsham, on a radar surveillance sortie. 9th December 1944*1

Built in the latter parts of 1941, Foulsham had three runways, 37 dispersals and 9 hangars. It was initially opened with light bombers of 2 Group Bomber Command. These were primarily Mitchell IIs of 98, 180 and 320 Squadrons; 320 being formed entirely of Dutch personnel. A detachment of Glider storage and maintenance personnel from 12 GMS were also at Foulsham between April 1943 and March 1944 preparing and maintaining Horsa Gliders for the forthcoming Normandy invasion. In this same year, on September 1st, 3 Group Bomber Command took over responsibility of Foulsham and the much heavier Lancasters of 1678 HCU (Heavy Conversion Unit) and 514 Squadron arrived for operational duties over Europe. One month later, the American 375th Servicing Squadron (SS) arrived and began modifying de Havilland’s ‘Wooden Wonder’ the Mosquito, for photographic reconnaissance duties, a role the Mosquito excelled at. 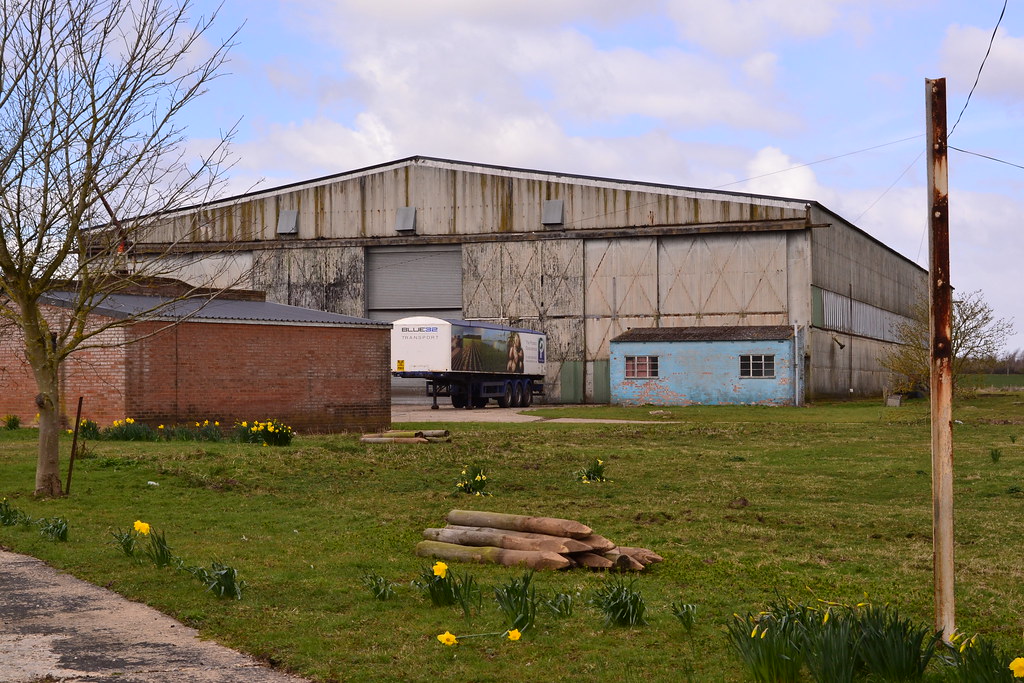 One of four T2 hangars.

Once more, Foulsham changed hands and it became part of the now familiar 100 Group, who were dominating this area of the country. 192 Squadron arrived with a variety of aircraft, the HP Halifax, Mosquito, Anson and Wellington for electronic warfare operations.  Other squadrons soon joined them, and Foulsham became a large operational base shrouded in secrecy. Between 1943 and post conflict in 1946, more Wellingtons, Mosquitos, P38 ‘Lightnings’, Stirlings and Halifax IIIs arrived all becoming common place in the skies over Foulsham as they gathered information, trialed radio and electronic jamming operations and evaluated new methods of electronic warfare.

Foulsham was further graced in 1944 with the installation of FIDO, the fog clearing system, a method designed to burn away sufficient amounts of fog to enable a safe landing in difficult conditions; not always successfully. However, despite all this, Foulsham’s operational life was soon to be cut short and in June 1946 it was closed to flying duties, whereupon it became the final resting ground for a large number of Mosquitoes prior to scrapping. Foulsham remained ‘in-service’ until 1955 with the US Army, and then in the hands of the MOD until deemed surplus to requirements, it was finally sold off in the 1980s and its doors closed for the last and final time. 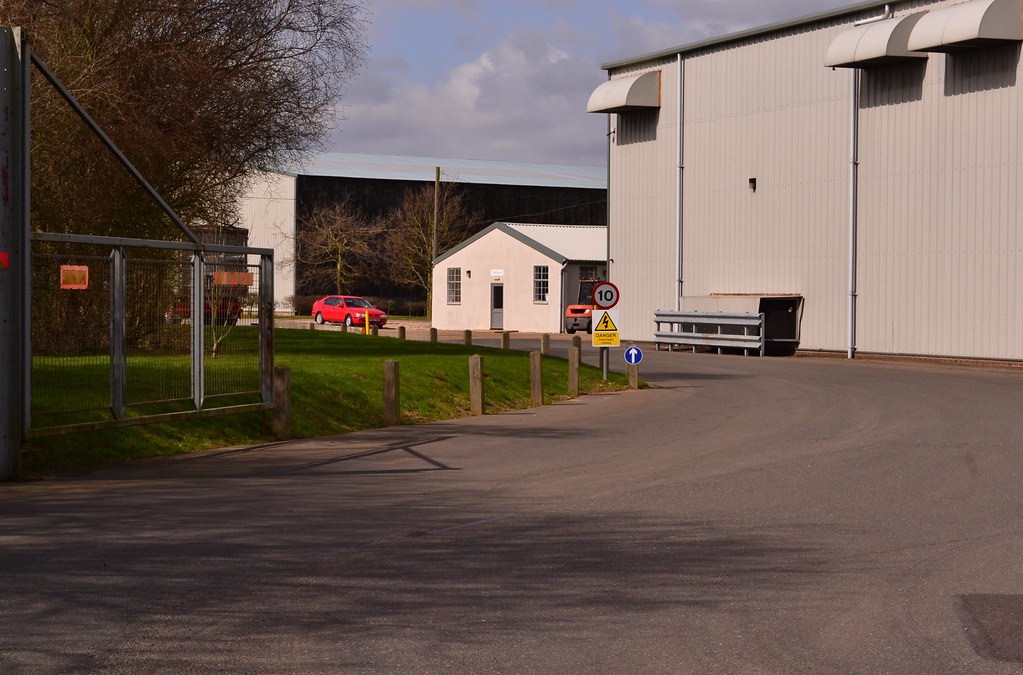 Many of Foulsham’s buildings have surprisingly withstood the test of time. Whilst the runways have all but gone, now farm tracks and tree lines, some of the buildings do still remain and even from the roadside, you can see what must have been a remarkable place during its short, but hectic life. The road passes along the eastern side of the airfield, here, you can still see a number of the original T2 hangars, 3 in total, now utilised by a local potato business. (‘Addison Farm’ as it is aptly named, is in recognition of Air Vice Marshall Edward Barker Addison, the only person to Command 100 Group*2 during the war). Whilst two of these hangars have been re-clad, the third is still in its original metal. Hidden amongst these structures, are some of the original technical buildings, again some refurbished some original. The mass concrete bases signify the manoeuvring areas linking this area to the main section of the airfield to the west. 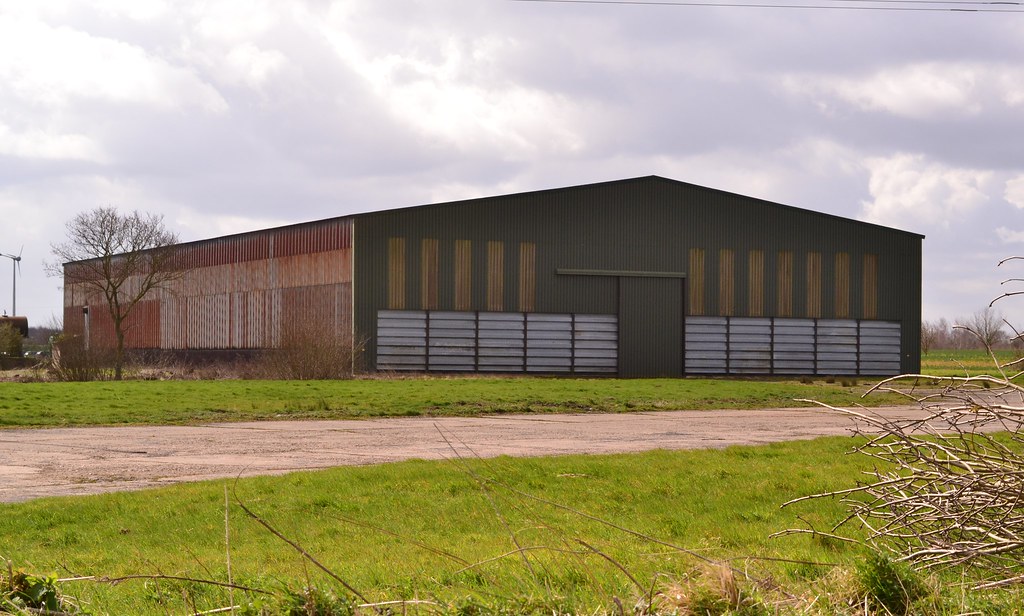 Further to the north, beyond this area passing an air raid shelter, is the original entrance and further technical area.

A pill-box, marks where the main entrance was. Turn left here and follow the road west. To your right you pass the original Fire Tender shed, a B1 hangar and other minor buildings in varying states of disrepair. To your left, a further T2, partially refurbished partially original. Further along, the road crosses the original N/S runway, full width remnants to the right and a tree-lined track to the left mark clearly where the enormous concrete structure was laid. The road ahead, is the where the 08/26 runway ran as it disappears over the brow of the hill. The road then turns away north leaving the runway and airfield behind you. 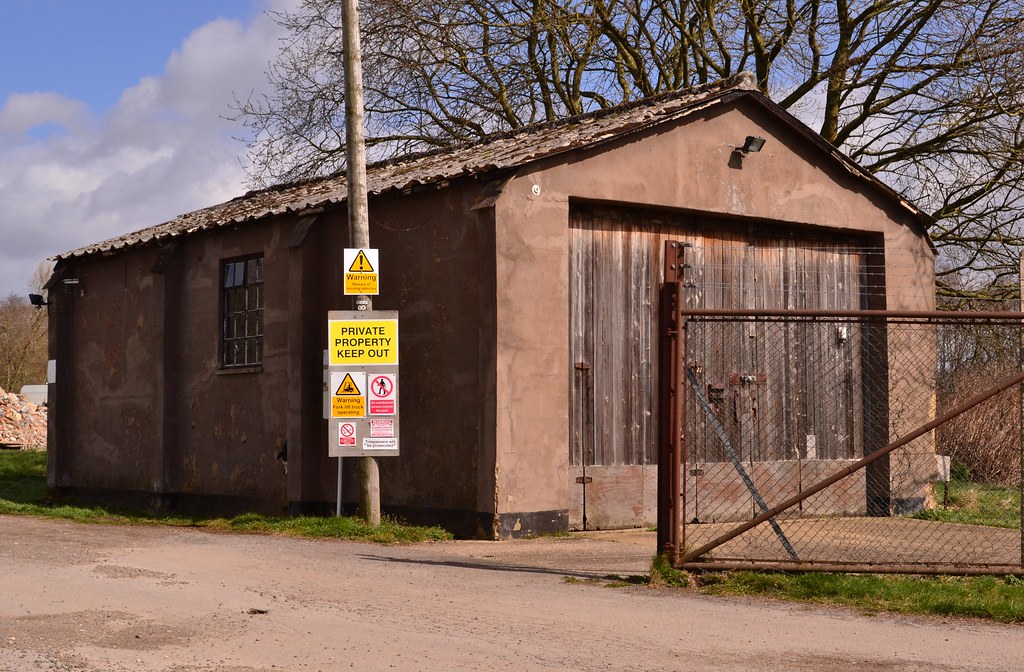 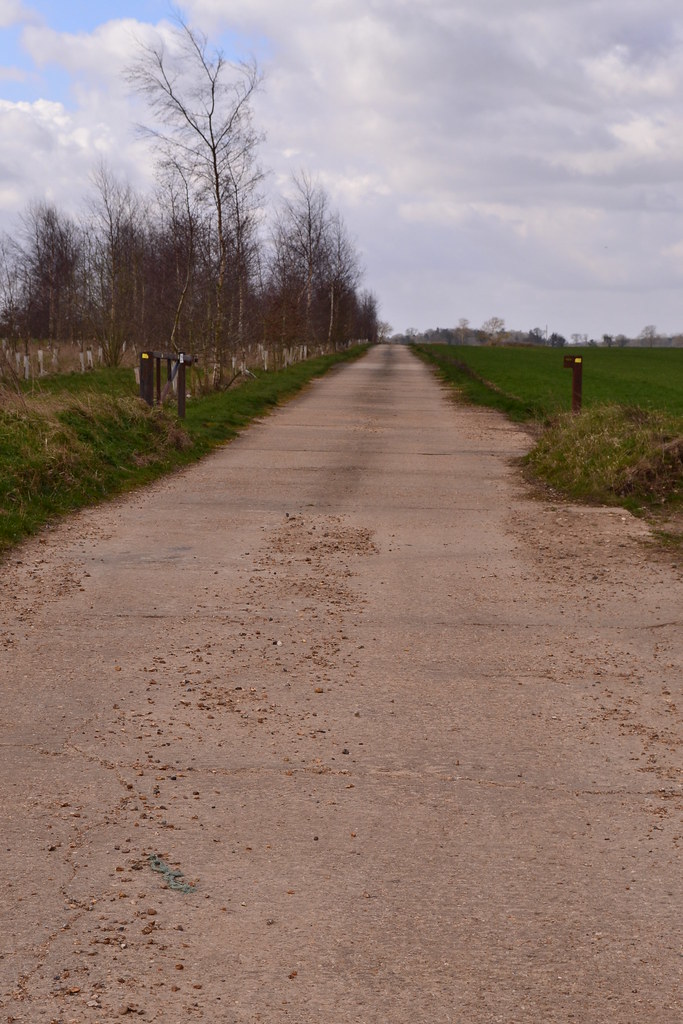 In the nearby village of Foulsham, beneath the village sign, stands a memorial to the crews and personnel of RAF Foulsham.

From Foulsham, we head north-west, to a little airfield with the quaint name ‘Little Snoring’.